Are we prepared for the cost? 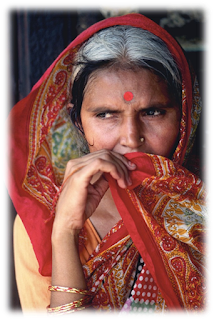 Yesterday I was riding my bicycle - my new favorite hobby - and listening to various podcasts.  One was from a recent episode of the Dividing Line with James White (excellent BTW).  A caller phoned in to ask Dr. White if he could recommend any resources on a presuppositional apologetic approach to people of other faiths.  Without getting into what that means, I want to go directly to the conclusion of the resulting discussion in which the caller said something like, "So, I guess I'm just going to have to do my homework and understand what people of other faiths are saying." To which Dr. White said something like, "Uhh . . . yeah."

I liked that because it highlights something for me that I feel is a very significant problem in the Church today.  Christians sort of generally want to have an answer for the Muslim, Mormon, Hindu, or whoever -- a set of memorable apologetical one-liners to throw into the faces of people from other faiths who may come across our paths.  But we don't really want to get our hands dirty.  We want a quick and compelling (to us) presentation or pamphlet.  We don't want a Hindu friend.  We don't want a relationship with a neighbor.  But we have been called to love.  And . . .

"Love is costly. Out of love, something may be offered to a recipient for nothing, but that is not the same as saying it didn't cost the giver anything.  It may cost everything.  Yet when it comes to the issue of witnessing to people of other faiths, we seem to be looking for methods that cost us nothing."

These words by Michael Ramsden in his article "Bearing Witness to the Love of Christ with People of Other Faiths" are right on.  I recently heard of something in a church not too far away from where I live that made me so happy.  It was something like this -- their pastor had begun a series on Islam and Muslims.  No doubt a study designed to help equip the members of that church to have meaningful and effective encounters with their Muslims coworkers and neighbors.  But, you know, such studies are a dime a dozen in evangelical churches.  And very often, the only thing that happens is that the Christians walk away with a feeling of renewed confidence (and sometime arrogance) in the truthfulness of their religion over against the particular cult or world religion featured in the study.  But something totally different happened in the church I'm talking about.  Something kind of cool.

As I heard the story, some of the members of the church spoke with the pastor at the conclusion of the study. They said basically that while they appreciated the study on Islam and Muslims, the reality was that most of them had coworkers, neighbors and friends who were not Muslims but Hindus.  And they said something like, "Pastor can you equip us to share the love of Christ with the Hindus in our lives?" And the pastor said, "Yes."

That's so good, so pure in my mind.  Because the church members there could have just filed that study away someplace and continued to be unengaged with the global mission field around them.  But they refused. They have begun to choose the hard path of love, relationship, dialog, understanding, incarnation, death.

Let me remind you again of this important call to repentance issued by the Lausanne Theology Working Group:


“We need to repent of approaches to people of other faiths that reject or denounce their existing religion as wholly evil or satanic, with no effort to understand, critique and learn, and to discern through genuine encounter, friendship and patient dialogue where there may be bridges for the gospel” (p. 28, full version)."

So, I want to simply echo the question that Ramsden has asked in his paper.  When it comes to sharing the love of Christ to people of other faiths, are we prepared for the cost?  It will cost us everything.  Sadly, most Christians are not ready to pay that kind of price.  Are you?
Posted by Unknown at 12:51 PM