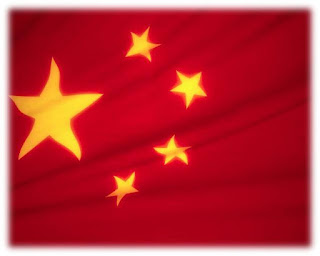 The sad news has been coming in that the Chinese delegation has for the most part been prevented from attending Cape Town 2010, the Third Lausanne Congress on World Evangelization, by the Chinese Government.  In some cases, the government's attempts to prevent the delegates from coming have reportedly involved detentions, house arrests, confiscation of passports, and even the forced closing of churches.  This act of persecution is intolerable.  I still hold out some hope that the God who can do all things will make a way.  But if not, we have the confidence that God will use this to gain glory for himself.  I am yet unclear as to whether or not any of the delegates from mainland China have made it through.  I'm sure we'll know more tomorrow. I have heard a rumor that there are some, but I can't confirm it.  For now, please pray for a miracle.  Additionally, I believe it could be helpful to call attention to this gross injustice.  I ask you to forward this on to those who care about human rights, religious liberty, and the like.

I've located a couple articles online that have been helpful to me.  The Compass Direct article is fairly thorough.  There is also a NY Times article.  Additional articles are posted below.

The Chinese Lausanne Delegation has itself issued an Open Letter in response to these events. I'll close with it:

The Third Lausanne Congress on World Evangelization takes place in Cape Town, South Africa on 17-25 of October, 2010. This massive global evangelical gathering brings together more than 4,000 representatives from nearly 200 countries. The Lausanne organizers have invited over 200 members of house churches in China to attend the conference.

Recently, some relevant departments of the Chinese government has kept the Chinese delegates from joining the Lausanne Congress. They used a variety of means such as persuasion, surveillance, obstruction, detention and confiscation of passport at international airports. As a result, the vast majority of the Chinese delegation has not made it to the meeting.

In response to the event, we have decided to issue this open letter to expound our position and approach.

First, the house church is the main part of the Chinese church. It is a church with independence, self-governing and self-support.

In recent decades, the house church in China has abided by the principle of the separation of state and religion. It has witnessed continued growth. From villages to cities, from the coastal areas to the hinterlands, from the central plains to the frontier, the house church can be found across China.

Second, the co-workers of the house church in China have been yearning to attend the Lausanne Congress.

The Lausanne Congress is a worldwide Christian conference. It confronts the critical issues in promoting the evangelization all over the globe. As part of the global church, China’s house church wants very much to join all the other churches discussing how to be a witness of God’s love toward the world by spreading the gospel of Christ.

We believe to attend the Lausanne Congress will strengthen the friendship between Christians all across the world by giving testimony of God’s love toward China and sharing the huge changes of the Chinese church over the past decades.

Since receiving invitations, many people of the house church have devoted much to preparing for the conference. Numerous churches and their members have made substantial donations. The house church has prepared not only all the money needed for the Chinese delegates but the expenses for 100 representatives from some neighboring and African countries. This has shown the growth of the Chinese church.

Third, that the relevant government departments barred the Chinese delegates from participating in the Lausanne Congress has gravely violated the religious freedom of numerous believers entitled by China’s Constitution.

As Christians, we love God and we love our country. We earnestly long for a China with love, justice and peace. We hope every Chinese will love one another without considering the status. We look forward to a China where God’s sunlight of love shines everywhere. We are thirsty for a China where justice rolls on like a river and righteousness like a never-failing stream. We hope peace no longer just remains a hope but becomes a reality in this land. For this, we appeal to the relevant government departments to take away all the pressures and restrictions imposed on the delegates. This will serve to prevent the conflict between government and religious believers from worsening. We hope the government will improve its religious policy and build a harmonious relationship between state and religion so that the church will become an even greater blessing for the Chinese society.