A Non-Contextualized Gospel is No Gospel At all: Rwanda Reflections

Today, I read Antoine Rutayisire's compelling article "Rediscovering the Gospel of Reconciliation" which has been submitted in anticipation of his plenary presentation at the 3rd Lausanne Congress in Cape Town.  Let me begin by simply commending Brother Antoine's paper to you. I believe it provides (an all too brief) important recounting of factors leading and contributing to the Rwanda massacre of the 1990s which resulted in the deaths of more than 1 million Tutsis. 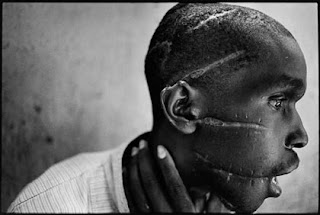 Now, understand that I've spent most of my time the past couple days thinking about contextualization in my own setting as a worker among South Asians.  I've been having face-to-face conversations, replying to emails, producing resources, etc.  So I am immersed in certain kind of thinking that predisposes me to read Antoine's article a certain way.  That's my disclaimer.  But, I really do believe that one of the things our brother was saying as a significant factor leading to the Rwandan Church's failure (note: that Rutayisire understands the genocide as a Church failure since Rwanda was 90% Christian at the time). was the failure of the Church to contextualize the message of Christ.

Writes Antoine, "It was very clear that the message that was presented was not contextualized to respond to the needs and problems of the nation." Indeed three of four of the factors mentioned in this paper point to a deficiency of contextualization in Rwanda. Here's my paraphrasing of Antoine's points:

1. The message was partial and didn't speak to the needs of the context.

Well, this, frankly speaking, is no gospel at all. The gospel is supposed to be the good news, after all.  And for the gospel to be understood as truly good news, it must speak to what the audience already understands to be the bad news.  A non-contextualized gospel doesn't take this into consideration.  It is a non-gospel.

2. The means of presenting the gospel was totally foreign and essentially incomprehensible.

3. The messengers modeled division rather than unification.

Here Antoine points out that fighting between missionaries of different denominations modeled the kind of Christian against Christian hatred that contributed to the ethnic tensions.  As a result, even more and deeper divisions were created and "people did not see Christianity as a unifying factor but rather another colonial importation." I am fascinated by Antoine's linking together of the concept of divisiveness and the foreignness of the gospel.  Again we see that the failure to incarnate, to contextualize is connected to the presentation of a non-gospel -- since it is the case that the good news included the creation of one reconciled humanity -- the Church.

So, I know it is partly because of my vantage point, but I here in this paper from Brother Antoine Rutayisire, a call to contextualize and a sobering warning for the Church of what happens when we don't.
Posted by Unknown at 6:02 PM