Maybe Nobody is Hindu

(The following post is a "blast-from-the-past" article that I'm transferring over from my old blog especially in light of some new conversation going on at the Lausanne Global Conversation as well as at Cape Town 2010.  It is intended as "food for thought" and I look forward to your discussion.) 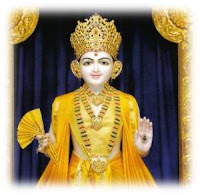 A friend of mine recently sent me a couple articles that I thought were worth passing your way.  The first here is an article by Lisa Miller entitled "We are All Hindus Now."  It appeared in an August 2009 issue of Newsweek. Miller's basic argument is that while Americans still tend to self-identify as Christians, their worldviews are becoming much more Hindu than Biblical. Miller's position is that America is on its way to becoming Hindu in terms of the worldview shared by most of the population.
In an October article published by Break Point entitled "Are We Really Hindus?", Regis Nicoll provides a well-conceived rebuttal.  He doesn't totally dismiss Miller's contentions, but provides a balanced perspective that should give the follower of Christ pause.  In Nicoll's mind, Americans aren't really becoming more Hindu.  Rather the problem is that American Christians have traded in a belief system based on creeds for one based on personal needs.
I thought both articles were interesting.  At the end of the day, I'm not sure it matters a whole lot for my daily life as a follower of Jesus engaged full-time in God's global mission of redemption.  Lost is still lost, regardless of the label.  It is essential to understand an individual's worldview and background, sure.  But I feel that believers sometimes read these kinds of articles in a doom and gloom sort of way. Like they'd be happier if people were lost but didn't believe in reincarnation.  I don't get that.
As for the question at hand, "Is America becoming more Hindu?" I'd like to suggest a totally different option.  That is, maybe no one is really Hindu.  Now, wait, I'm actually a little serious.  The word Hindu itself has very little meaning.  It is a term that was coined, it seems, by Persians to refer to the Indus river valley and the people who lived there.  Later generations of Arabs and other foreigners to India used the appellation to refer collectively to everyone living in "Hindustan" (India) regardless of their religious beliefs. It was only in relatively recent times that Europeans started using the term as a religious label, but they did this somewhat uncritically -- lumping different religious groups together that often had little in common.
Literally, "hindu" just means someone from India, but the Hindi / Sanskrit word for India isn't even "India".  It is Bharat.  So, if "India" is no more than what foreigners call Bharat, can we really say that anyone is from India?  Are there really any Hindus?
More seriously, "Hinduism" can claim no universal tenets, doctrines, practices, or literature that explain why Buddhists are not Hindu, BAPS devotees are, and Jains are kinda-sorta.  Just try. Just try to explain what makes a Hindu a Hindu and not a Christian, Scientologist, Taoist, or Muslim.  Try.  Really, I'm not looking to be difficult, but I'd love to get a conversation going.
Posted by Unknown at 3:04 PM