What if? Global Gates

Here's a cool video from the folks at "Global Gates" and a great diaspora worker and thinker named Chris Clayman.  Check it out, it raises some great questions.  My favorite is "What if churches were started by Skype?" That intrigues me especially alongside another "What if movements were started using networks that already exist?":

What If? from Global Gates on Vimeo.
Posted by Unknown at 3:55 PM No comments:

Creating cool visualizations is all the rage these days.  I'm constantly seeing them on RSS feeds that I follow.  Most of them really don't seem all that helpful to me.  However, what Carlo Zapponi has created over at PeopleMov.In is something truly special.  Essentially, he has provided an interactive visualization that allows you to see A=>B and B=>A diaspora movement.  Want to know where Albanians in diaspora are moving to?  How about Turks or Nepalis? Just a click away from a very helpful visual portrayal.

As a bonus, Zapponi has listed what he calls the top migration "corridors".  Here's a sneak peak:

He also lists that top nations people are moving to and from.  Great stuff! So, for those of you who have a heart for the "people on the move", do yourself a favor and check out PeopleMov.in today.

Posted by Unknown at 9:42 AM No comments: 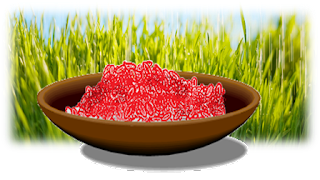 The Symbols of Dashain
Dashain is a great time for devotees of the Lord Shri Jesus Christ!  This is a wonderful opportunity for us to worship the Holy Spirit. Together with all our Nepali and Bhutanese friends and family, we can use the rich symbols and traditions of Dashain to express our faith, honor our families, and celebrate Nepali culture.  There are many symbols and traditions in Dashain. Two of the most important are called “tika” and “jamera.” Beginning on the day of “Bijaya Dashami” tika and jamera are used to show love and blessing to family and close friends.
Followers of Jesus should feel confident to use these symbols also. First, all these things were created by God for His glory. Second, the red tika reminds us of the blood of the Lord Shri Jesus that provides our salvation. The rice in the tika reminds us of the seed of faith that we have in Christ. Finally, the jamera reminds us of the Holy Spirit’s work to help us grow.   Together, these symbols provide a powerful reminder of the victory that we have through TriEak Parmeshwar. So, we can say with joy, “Bijaya Dashami!”

पवित्र आत्माको फल संयम हो।
The fruit of the Holy Spirit is self-control.

Today, pray especially for Nepali youth to have self-control. Ask God to give you victory over sin and temptation. Fix your mind on TriEak Parmeshwar. 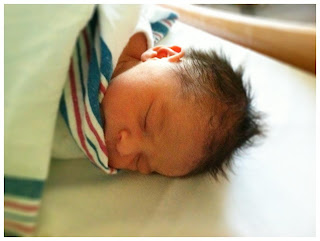 पवित्र आत्माको फल नम्रता हो.
The fruit of the Holy Spirit is gentleness.

Ask God to give you gentleness and humility so that your relationships with others can be improved. 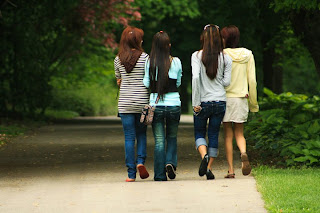 पवित्र आत्माको फल बिश्वस्तत हो।
The fruit of the Holy Spirit is faithfulness.

Pray that Nepalis everywhere will put their trust in the Lord Sri Jesus and receive his salvation. 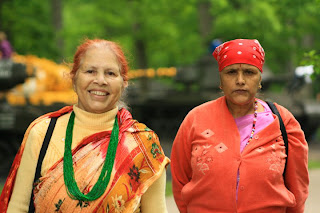 पवित्र आत्माको फल भलाई हो।
The fruit of the Holy Spirit is goodness.

Today, ask God to help you do something good for another person. 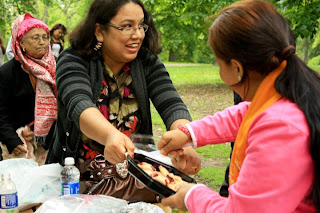 पवित्र आत्माको फल दया हो।
The fruit of the Holy Spirit is kindness.

Today, pray that God will bless all Nepalis with hearts full of kindness towards others. Pray that all quarreling will end. 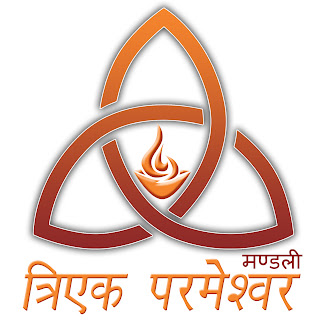 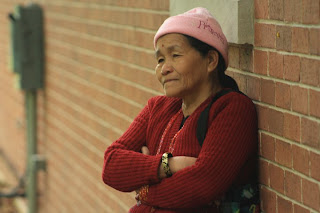 पवित्र आत्माको फल धैर्य हो।
The fruit of the Holy Spirit is patience.

Sometimes it is difficult to be patient. Pray for God to give you patience at work and school and with other people. 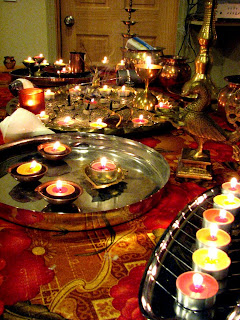 पवित्र आत्माको फल शान्ती हो।
The fruit of the Holy Spirit is peace.

Today, pray that all refugee peoples everywhere will know the peace of the Lord Sri Jesus Christ in difficult times. 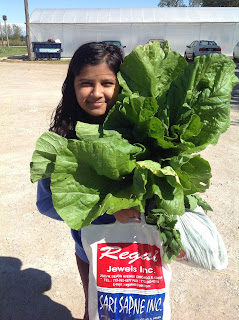 पवित्र आत्माको फल आनन्द हो।
The fruit of the Holy Spirit is joy.

Today, pray that Nepalis everywhere will know the joy of the Lord Sri Jesus Christ. Pray for families who are in mourning now to experience new joy in the Lord. 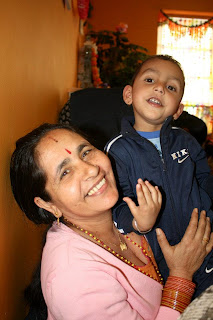 पवित्र आत्माको फल प्रेम् हो।
The fruit of the Holy Spirit is love.

Today, pray that Nepalis everywhere will know the love of Pita Parmeshwar. Pray also that they will greatly love their friends, neighbors, and family.

"बिजय दशमि!" Today begins the season of Navaratri (नवरात्री), the nine nights leading up to the Nepali Dashain (दशैँ) festival.  During this season, we at TriEak Parmeshwar Mandali like to encourage everyone to enter into a season of prayer especially to ask God to fill our lives with his Holy Spirit (पवित्र आत्मा) and to produce the Spirit's fruit in us.  If you'd like to download a free copy of the 2012 Dashain Prayer Book, for daily guidance on how to pray, you can do that here.  Or simply follow this blog for the next several days for posts on how to pray during this season.

What is wrong with Biblical Missiology's Critique of the Insider Movement?

I had made a note to myself that I should eventually get around to responding to an article that I often see tweeted and retweeted related to contextualization.  The article appears on the website Biblical Missiology and was written by Georges Houssney.  You can find it here if you like: "What is Wrong with the Insider Movement".

Let me begin by saying that the article itself is difficult to take seriously. It offers no citations (I'll return to this point in a moment) and is very poorly edited.  I understand that Houssney is not a native English speaker, but it is still incumbent upon Biblical Missiology to raise their standards of editing and research if they are to present the most reliable and helpful information and debate possible to the Church.

Further, it is very difficult to respond point-by-point to this article.  Let me explain why:

1. There is no such thing as "The Insider Movement" -- A very, very common mistake (or tactic) made by proponents of "outsider movement" methodologies is to refer to those who pursue contextualization in mission as "The Insider Movement".  We are supposed to all share the same views, values, approaches, etc.  Houssney's article is entirely built upon this completely false premise.  There are in fact many different insider movements among different people groups which take different positions on many issues.

By using a term like "The Insider Movement", Houssney and others seem to be trying to foment opposition towards all insider approaches (i.e. contextualization) by attributing all the high-shock-value positions to all proponents of contextualization.  As a case in point, in this article Houssney wants his audience to believe the following:

The fact of the matter is that those who pursue contextualization among Muslims have a number of different views on these and other issues.  Houssney should take the approach of arguing against specific practices or forms instead of simply trying to oppose an entity which doesn't actually exist.

2. There are no citations!  Houssney at various times charges certain entities (e.g. "Common Ground", "Camel Method") with advocating particular practices or taking certain positions.  However, we are given no information about the specific details of these nor are their links to articles or resources that we can examine.  It is really pretty impossible to engage meaningfully with Houssney on these points as a result.  We aren't, for example, given specific information about who "Common Ground" is nor do we know what they actually have to say.  We are left essentially having to take Houssney's word for it.  This is not acceptable.  I strongly encourage Brother Houssney to do the hard work of providing specific quotations and citations that allow us the opportunity to fully engage this debate.

3. There is no substantial interaction with Scripture.  With all of Houssney's charging "insiders" of failing to give proper place to the Bible in their evangelism, it is ironic that he himself utilized it so sparingly in his article.  His central charge is that "the Insider Movement is unbiblical", but he doesn't actually demonstrate this from Scripture.  Note:

- In his first three points he doesn't use the Bible at all to support his positions.
- In point two he suggests that "insiders" incorrectly use Acts 17 to support their approach but doesn't explain how this is done nor provide a counter-exegesis to support his own view.
- His references to Bible verses in points 4 and 5 are decorative at best (not that it is surprising for "outsiders" to neglect context). Houssney does not demonstrate exegetically how these verses are supposed to support the points he is trying to make.

Thus, Houssney has failed to provide meaningful support of his claim that insider approaches are unbiblical. Without a clear, biblically-based argument, it is impossible to have a real exchange as to whether or not contextualization is biblical.

Conclusion
In the end, I am left once again feeling that Biblical Missiology is still not an organization worthy of serious attention.  My own position on contextualization aside, it baffles me that they would publish an article that is so inadequately conceived, written, edited and researched.  It further puzzles me that individuals would actually consider it worthy of a "retweet".  My hope is that BM will remove the article and ask Houssney to go back to the drawing board. There cannot be progress made in the Body of Christ on the issue of contextualization unless we are all committed to high-standards of debate, research, mutual understanding, and communication.  I humbly call my brothers and sisters in Christ at Biblical Missiology to rise up to this higher standard for Christ's sake.  I am certain that they are capable of doing so.
Posted by Unknown at 8:31 AM 3 comments:

Well, I found this to be interesting.  Some of you will know why.

For the rest, just enjoy the read ...

Between The Times: "LifeWay Research released a study yesterday demonstrating that a slight majority (52%) of the Southern Baptist pastors they polled believe that any professing believer can participate in communion. Only about a third of those polled (35%) believe that baptism is prerequisite to the Lord’s Supper. Still others advocated other positions, which are less relevant to this post. (The poll also had some interesting statistics about how frequently Southern Baptists celebrate communion, but that’s another topic for another day.)"

Where are you on this?

#SaveMaryam: The Islamic Campaign to Halt the Spread of the Gospel in Indonesia

Have you heard of the #SaveMaryam campaign? Muslims in Indonesia are concerned about the spread of the gospel of Jesus Christ in that nation and are predicting that by 2035 it will no longer be a Muslim-majority country.  The following is the promotional video created in order to generate financial support from Muslims especially in order to stop the mass movement of Indonesian youth toward faith in Christ.  The video is pretty amazing actually. I don't think I've seen very many example of "counter-missionary" propaganda. What are your thoughts?