A Report on Suicide among Bhutanese Refugees

Here is a recent article reporting on a study conducted among Bhutanese-Nepalis on the topic of suicide.  Some of you will recall my post from earlier this year on this issue.  This article from Psychiatric Annals, says the suicide rate among the Bhutanese refugees is nearly double the US national average.

The article also provides a list of contributing factors, which is helpful. However, in my opinion, the big question remains as to why the suicide rate among Bhutanese refugees is so much higher than other refugee groups who experience so many of the same issues including poverty, PTSD, depression, identity loss, etc.  When I read the article, I want to ask the researchers what is unique about the Bhutanese!  In the end, the true answer may be something that this kind of research just can't get at.  I'm personally beginning to feel that there may be a "spirit of suicide and death" over the Bhutanese refugees - a kind of spiritual stronghold that needs to be broken.

Since I have readers from all kinds of backgrounds, I'm sure that will come off as very odd thing to say.  If that's how you feel, I welcome your thoughts one why suicide is so prevalent among these people - people I love so much.

Suicidal ideation among refugees associated with resettlement issues | Psychiatry: "The annual suicide rate among those who had resettled in the US could be as high as 24.4 per 100,000, exceeding the estimated global suicide rate (16 per 100,000) and that among US residents (12.4 per 100,000)."
Posted by Unknown at 1:25 PM No comments: 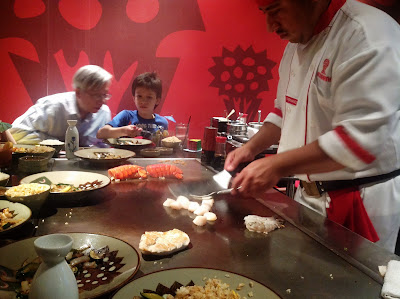 The link below is to a cool, flash-based quiz on international dining etiquette.  I love it and think I'll use it for training. Check it out:

Well done, Heidi! We will miss you.

The Trinity International family is saddened by the loss of our friend, Heidi Schoedel. Heidi co-founded and led one of our favorite partner ministries, Exodus World Services which has been dedicated to mobilizing and equipping the church to love refugees for many years.  I have a great respect and admiration for Heidi who gave her life away for something bigger than herself. In devotion to The Lord Jesus, she is responsible for blessing thousands of refugees.  I hope I can finish as well as she did.
It has been a great joy for TIBM to partner with Exodus under Heidi's leadership and while we look forward to continuing our partnership, we will miss her. We sincerely hope that in response to her example many churches and individuals will look to get involved with Exodus World Services.  Here is how:
Exodus ministries: http://www.e-w-s.org/node/5
Or you can make a donation here: http://www.e-w-s.org/node/1
Read Exodus's letter on Heidi's death here: http://www.e-w-s.org/node/383
The video we made with Exodus a couple years ago: http://youtu.be/iiyneislVzM
Posted by Unknown at 6:31 AM No comments: