I'm in the midst of a series of messages in our Bhutanese-Nepali church on the topic of "Survival Skills for Scattered People".  During this series, my goal is to address some of the most pressing issues that are worried about or asked about by my Bhutanese-Nepali friends. 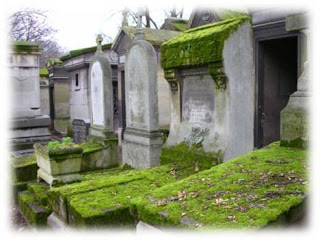 Several weeks ago, the topic was "Preparing for Death".  I took this in two parts.  The first week was focused primarily on practical issues.  The second was focused on spiritual preparation.  Let me recap here what I shared related to practical preparations for death.  Basically, I gave them 7 steps to consider:

1. Call 911 -- I told my audience that if someone dies or is close to death, they must call 911 first (unless they are already at the hospital).  Emergency workers will come and begin to perform the crucial first steps.  Only after calling 911 should refugee caseworkers, volunteers, or others be called for help.  At this point, I stressed that while they must call 911 first, definitely they should call me as soon as possible.  I emphasized to them that I want to help them.

2. Will you donate organs/tissues? -- Bhutanese-Nepalis have concerns about donating organs.  Sometimes this has to do with their folk Hindu religious backgrounds and wanting to ensure their body is in its proper condition.  Other questions, however, have to do with the fact that Bhutanese-Nepalis sometimes believe anything they see in films.  One person asked if receiving organs from another person would cause them to have elements of the donor's personality.  It was a lively discussion and good to put many of their concerns to rest.  My major point of emphasis was that by donating their organs upon death, they could make their last act in this world one which saved or improved the lives of many others.  I shared a text from Proverbs 3:27, "Do not withhold good from those to whom it is due, when it is in your power to do it."  My exhortation was clear, "Followers of Christ should donate their organs upon death."

3. Figure out child care -- I told my refugee audience that one of the first things they must do is to be sure that any surviving children are properly cared for.  In the chaos of death, the kids must not be forgotten.

4. Decide who is in charge --  We discussed several roles that needed to be filled.  The surviving family should decide on an individual to serve as a the "Funeral Agent", the one responsible for making final decisions.  I explained that everyone could be involved in making decisions; however, one person needed to have final authority to sign papers and communicate those decisions.  I spoke also about choosing a clergy person to serve the family during that time and assured them that I will be freely available to them in such a situation.  I also told them that certain people should be assigned the task of calling/informing friends and relatives as well as Social Security, Department of Human Services, the resettlement agency, etc.  This latter is of particular important to refugees who are often enrolled in a number of public assistance programs.

5. Contact and Decide upon a Funeral Home -- I explained what a funeral home is and answered a number of questions about burials, cremations, timing of funerals, transferal of body, location of funeral, etc.  Bhutanese-Nepalis have many questions about this element and it is good to be well-informed.

6.  Begin to notify people of funeral plans.  This much is self-explanatory. If you are working with Bhutanese-Nepalis, be sure that you know the best options for funeral homes that are local to you.  Keep in mind the following:  is it easy to get to and from the funeral home (remember that many refugees don't drive); are there cremation options (Nepalis tend to prefer this); how much does it cost.  If the deceased was a follower of Christ, you will want to work very closely with the family to plan a funeral that will lift up Jesus and announce His gospel.  If the deceased wasn't a Christian, you should still seek to do the same, keeping in mind that the family will likely prefer rather a Hindu priest.  Keep in mind however, that the priest will unlikely spend any significant time ministering to the family.  Just be there and help and show love and Christ.  God will create wonderful opportunities for you.

7. How much will it cost?  Costs are a very important question that Bhutanese-Nepalis are always concerned about.  I shared with my audience the specific information that I drew from official sources in Illinois.  Funeral assistance is usually available to those who are receiving some other kind of public assistance such as food stamps or SSI.  However, at least in Illinois, cremation is not covered by funeral assistance.  Dealing with death can be extremely expensive.  I encouraged my Bhutanese-Nepali listeners to find a way to save some money for this.

At the end of my message on this topic I strongly emphasized to them that they were not alone.  I pointed out that we were one family together and that when death comes, we will all be there to help each other.