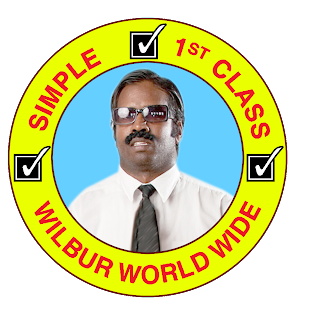 Today, I want to ensure that all of my readers have been properly introduced to my new friend, Mr. Wilbur Sargunaraj.  Wilbur is known around the world as "India's First YouTube Star" and has several million views on his YouTube channel to prove it.  He's gained his "Simple Superstar" status first through great comedy and music, but I am discovering that this is only the tip of the iceberg for Mr. Wilbur!

What I love most about Wilbur is his role as a global ambassador for "Cultural Intelligence" (CQ).  CQ is a concept that comes from David Livermore, who's book Serving with Eyes Wide Open is something I've recommended for years.  In his passion to bring equality and unity in the context of an increasingly globalized and diverse world, Wilbur is traveling the world on a mission to raise up "First Class" world citizens who know how to engage cross-culturally and treasure people from all backgrounds.

As I've been getting to know Mr. Wilbur recently, I have been delighted to find a man of deep humility who is passionately seeking to use his gifts to make the world a better place.  I find the Lord giving me a deep appreciation and respect for the work he is doing and know that you will also.


A couple very popular CQ videos on how to use Indian, European and Japanese toilets (worlds apart):


And, most importantly, get a taste of Wilbur's heart for critical global issues by watching "Why Poverty":


I would also encourage you to check out Mr. Wilbur on Facebook and Twitter.
Posted by Unknown at 8:17 PM