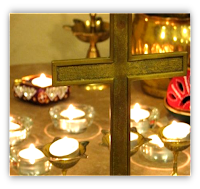 While in Cape Town for the Lausanne Congress, there were numerous individuals and groups that distributed information of different types.  This was a basically unofficial activity that didn't necessarily reflect views being put forth by the Lausanne Movement.  One of those pieces was an 8-page document entitled "Missionary Activity and Human Rights: Recommended Ground Rules for Missionary Activity." The piece was produced by The Oslo Coalition on Freedom of Religion or Belief.  I excitedly snatched it up because I thought that the idea of a code of ethics for missions was a good one.

I have since gone through the document a few times and have found that while in some places it has value, it ultimately doesn't seek to reflect a Biblical world view and doesn't hold the extension of Christ's Kingdom and fame among the nations as its primary impetus. At best, the document provides something of a starting point upon which to build, but it is major reconstruction that is needed and not just fine tuning.  If anyone knows of a truly Christian document like this, do tell.  Short of that, I feel the Lausanne Covenant and Manila Manifesto, while not seeking to do exactly the same thing, are far superior to the Oslo statement (we are all anxiously awaiting the Cape Town Commitment).

Today, I did want to highlight one article that I found especially objectionable in the Oslo statement.  It comes at part 2.1.2 bullet #2:

"The missionary organization should be careful in adopting terminology, rituals and customs from other religions, so as not to create misunderstandings about its identity. It should not attempt to achieve acceptance through adopting the outward appearance of other religions."

I find this to be a clear anti-contextualization statement that reflects a fundamental ignorance of issues related to culture, contextualization, and missiology in general.  Let me explain a bit.

1. On the notion of "adopting" terms, rituals, and customs "from" other religions -- Here is where the ignorance about culture and religion becomes clear.  The writers seem to be under the impression that certain religions can claim a kind of ownership over terminology, rituals or customs.  But this is utterly false. Whether we're speaking of circumcision or Sanskrit, incense or images, such things must not be considered the domain of any single religious group.  Rather, these are inherently communication tools - signs, symbols, and ceremonies that are designed to carry and express meaning from person to person and person to God. One should not assume that a different understanding of the nature of God requires a different means of communication. That is, perhaps my view changes as to which Scripture is truly divine in origin - from say the Vedas to the Bible. I may nevertheless still find that the use of Sanskrit mantras is the best means of memorizing and meditating upon that scripture.

2. On the notion of creating "misunderstandings about its identity" -- First, this phrase is somewhat demeaning.  It seems to communicate the image of a conniving and cunning Western missionary who sinisterly dupes the uneducated and unsophisticated savages, tricking them into religious conversion.  I have not found my non-Western friends to be so easily confused.  What is more, the pursuit of contextualization, far from being a strategy to confuse, is motivated fundamentally by a desire to improve and clarify communication.  By avoiding the unnecessary and unbiblical introduction of foreign religious externals, missionaries are better able to locate Christian identity where it belongs - in the heart.

3. On adopting the "outward appearance" -- Contextualization is not rooted in an attempt to adopt the outward appearance of another religion.  Rather, it is rooted in the imitation of Christ's incarnation.  That is, the contextualizer seeks, as far as is possible, to dwell among a particular cultural context as a full member of that culture. This has implications for the way one dresses, eats, relates to others, etc.  But it also has tremendous implications for the way one expresses, practices, and communicates the Christian faith.  To the unsophisticated eye, this may look like a missionary is adopting the "outward appearance" of Islam, Hinduism, or whatever. But the true, Christ-imitating contextualizer is rather seeking to adopt a people as his or her own including their means of verbal and non-verbal, spatial, ritual, corporate, individual, and chronological communication. This is done so as to more faithfully and clearly communicate the hope and wholeness of Jesus Christ.

Many thanks for reading. I would sincerely enjoy reading your feedback in the comment section. Blessings!
Posted by Unknown at 2:59 PM