My Top 3 Complaints About Cape Town 2010 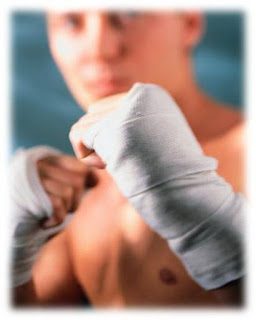 Okay ladies and gentlemen, it's time to take the gloves off.

Really, I've been too nice and cuddly regarding Cape Town 2010, the historic 3rd Lausanne Congress. Even before the congress had begun, during the event itself, and certainly since it closed, I've been hearing a number of criticisms and complaints from delegates and observers.  Why, just yesterday, I sat for a while with a friend and heard him relay complaints that he had heard from others.  Well, so as not to be outdone, I've decided to join the fray.  No more warm and fuzzy.  Here it is, my top 3 biggest complaints about Cape Town 2010:

3. Advocating our causes by diminishing others

I have noticed (not only at Cape Town, but it stood out to me there) that there is a dangerous tendency that we missionary-types have.  That is, we have a tendency to speak about our particular callings and passions as if they were the only legitimate ones out there.  That is, someone who is passionate about the urban poor tends to diminish those working in rural Tibet.  The ministry focused on Muslims speaks as if those trying to reach Hindus are somehow less spiritual.  The person with a ministry dedicated to combating human trafficking can't understand those who are passionate about church planting.  And so on.  I will refrain from giving specific examples, but they were numerous.  May the Lord rescue us from thinking that every part of the body of Christ needs to be just like us - "if the whole body were a cross-cultural church planter working contextually among Hindus in diaspora, where would the body be?" (1 Cor. 12:19)

2. Lack of integrity regarding the Lausanne Covenant

Well, I hate to say this folks, but unfortunately, I saw evidence of a serious lack of integrity regarding the Lausanne Covenant at Cape Town 2010.  Now, I find this to be particularly serious because many of us who are in the trenches (some far more so than myself) came to this gathering hoping for two things (among others).  First, we were hoping for the great diversity of the global body of Christ to be represented.  But second, we were hoping that those who did come would share the core convictions of the faith as expressed by the Lausanne Covenant we were all required to affirm.  This unity around essentials and diversity in a wide range of other issues was to help create an atmosphere of unity in diversity, one fertile for collaboration.  Unfortunately, while I assume that every delegate indicated in the application process that they did indeed agree with the Lausanne Covenant, the reality was that some did not.

At the end of the day, I don't know the number.  However, I can see them falling into two major categories.  The first are those who signed the Lausanne Covenant and seem to essentially believe the statements therein, but nevertheless do not necessarily believe that an individual who likewise does so is actually a Christian.  That is, there is a failure to distinguish properly between essentials and non-essentials of the faith.  Members of one delegation in particular expressed this in their words and behaviors towards me.  One individual actually accused me of leading a cult.  When asked if they could acknowledge that since we have both signed the Lausanne Covenant, we actually share the same core and essential theological convictions and, upon that basis, may treat one another as brothers and sisters in Christ, some were unwilling.  I find this extremely sad.

The second category is much worse.  These are those individuals who signed the Lausanne Covenant but who simply didn't agree with it.  In particular, I met delegates who essentially rejected this statement from the covenant,

"Yet those who reject Christ repudiate the joy of salvation and condemn themselves to eternal separation from God."


What makes this so sad is that such individuals have adopted a dishonest strategy for being selected as delegates for the congress.  Whatever commitment they may have towards Christ, it apparently doesn't require the kind of scrupulous honesty that Christ calls us to.  They may find this to be a very small price to pay in order to get their voice heard, but I find it simply sad.  Participation in the Lausanne Movement is voluntary, and I believe that those who choose to be involved ought to do so with the utmost integrity.

Of course, my biggest complaint of all was simply the fact that people were complaining so much.  Now, don't misunderstand me. It wasn't the majority by any stretch.  There wasn't a spirit of bitterness hanging over the convention center.  But I happened to be in situations in which I heard a fair amount of what complaining was happening.  Some complained that they weren't fairly represented, some complained that the "whole church" wasn't really there, some complained over issues of gender, some over issues of content, some over race and ethnicity, some over theology, and on and on.  And I kept thinking . . . really?!?! Why? Let me give you one example.

One night, I was coming into the main auditorium for the evening plenary session.  I was looking for a place to sit and found a table at which a friend was sitting. I walked to that table and asked to sit there.  They all said sure but, "you may not want to, we're [John] Piper-bashing over here." My heart dropped into my stomach as I sat down.  I thought, maybe I don't want to sit here. It simply amazed me that a group of Christians (it wasn't the whole table) would be engaged in something that they could describe as the "bashing" of another Christian at such a time and place as the 3rd Lausanne Congress.  I felt a little angry actually.  Why can't we just set aside this one moment in our lives in which we'll refrain from "bashing" each other?  It doesn't matter what you think of what Piper preached, it really doesn't.  I didn't think every sermon and presentation was a home run either. But I chose to trust that everyone came and shared out of a love for Christ.  I chose to trust God to superintend the proceedings of the congress.

So, I felt saddened by this.  I heard after the congress that during the final Holy Communion service that one small group of delegates had considered starting a protest to voice their dissatisfaction with things.  When I heard that, I just thanked God that He didn't let it happen.  I was, at that service, having a very important moment with God -- a moment that I believe will resonate with me for the rest of my life.  I believe that thousands around the room were having a similar encounter with God.  Such a protest would have been so damaging to me at that time.  Perhaps these individuals considered that and refrained for that reason.

Is it weird, am I so strange to choose to take a position of trust?  Is it naive and unchristian for me to assume that the Lausanne leadership really and truly wanted to honor Christ in the congress?  That God cared so much about the event that He was really involved in everything?  Because that is the position I took from the beginning to the end.  That doesn't mean that I wasn't exercising discernment throughout.  I was.  I was thinking critically about everything.  Not everything was great.  Some things were flawed.  The fingerprints of sinful humanity were on everything.  But so was the Spirit.  And so I wonder, why weren't people able to just put a moratorium on bitterness for those few days in Cape Town?

I suppose that someone might say that I'm saying this from my cozy position as a white, male Westerner -- a privileged one.  Maybe so.  But I will say that the vast majority of the complaining I have heard has come from my fellow white, male Westerners.  Sometimes they even complain "on behalf" of their non-white, non-Western friends.  How nice of them! But then I wonder if that simply represents a new kind of Western paternalism.

Okay, my complaints have been lodged.  I hope you realize that while I do feel strongly about the things I've mentioned, my overall feeling about Cape Town 2010 was one of tremendous satisfaction.  I believe God worked in remarkable ways through the leadership and delegates to accomplish something truly historic and life-changing.  Also, please note that my "top 3" are not really complaints about the program of Cape Town 2010.  On the contrary, these are really disturbing observations that I believe God allowed me to make while interacting with the body of Christ in general in Cape Town.

Blessings!
Posted by Unknown at 5:37 PM