Without Thee, I Cannot Live: A Theology of Nominating Committees 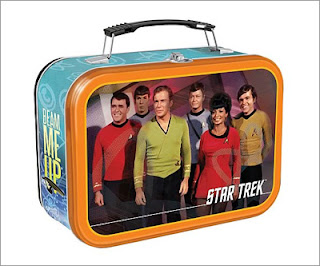 Today I was praying for the Nominating Committee of our local association of Baptist churches and a thought or two came my way.  Do you know what a "nominating committee" is?  Basically they are the group in an organization responsible for getting other people to agree to fill voluntary positions and offices.  It's a rather thankless task to be sure.  On another level, however -- on a more spiritual level -- there is something else going on.  Something that I think we do well to ponder.

There is under-girding and thus birthing and sustaining the existence of such a thing as "nominating committees" in Christian circles a truth so central to our lives that it seems all other truths may just hang on it like ornaments on a tree.  It isn't the same thing which gives rise to "nominating committees" outside the Church (or at least it shouldn't be).  Outside it is this, "There are jobs which must be done and positions which must be filled; we need a group whose sole purpose is to berate, guilt, or sucker people into filling those posts."  No! In the Church it is another thing:

"Without Thee, I cannot live!"

"'Without Thee, I cannot live!' Whatever our small practice, belief, or experience may be, nothing can alter the plain fact that God, the Spirit of spirits, the Life-giving Life, has made or rather is making each person reading these words for Himself; and that our lives will not achieve stability until they are ruled by that truth." (E. Underhill)

Can the follower of Jesus doubt this? Without God, we are hopelessly lost are we not?  Is not our complete and utter dependence upon Him perhaps the uppermost reality governing our lives?

Sure, but what has that to do with "nominating committees"?

Well, only the truly loyal readers have made it this far in a post about "nominating committees" (which is really about God), so let me reward you with a parable: 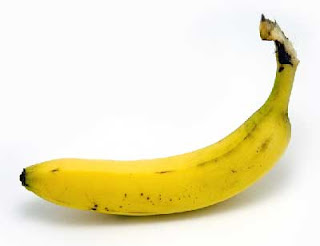 A little girl goes to school.  Her lunchbox in hand having been lovingly prepared by her attentive and thoughtful mother.  At lunchtime, the girl devours the peanut butter and jelly sandwich, small bag of Cheetos, pickle spear, oatmeal cookie and juice box.  The banana, however, gets tossed into the garbage.  Same as always.  The girl isn't a fruit lover.

And this is a picture of us.  Saying we need God; saying in a voice of triumphant piety, "Without Thee, I cannot live!" Then proceeding to open the lunchbox of what God has prepared.  We pick through and consume what we desire and chuck the rest. We never stop to consider the far greater wisdom of a Parent who has prepared these things (all these things) for us.

Ah, yes.  Here we are. Well, what exactly has God prepared for us?

And also . . .
Eph 4:4-7 ESV  There is one body and one Spirit--just as you were called to the one hope that belongs to your call--  one Lord, one faith, one baptism,  one God and Father of all, who is over all and through all and in all.  But grace was given to each one of us according to the measure of Christ's gift.
God has provided a Body.  The Church. And my point is simple (though I've certainly taken the scenic route to get here).  When we presume that we do not need the Body, when we arrogantly cut ourselves off from noses or fingers or kidneys,  when we foolishly set out to conquer the world as solitary ears or hair follicles or even as a covenanted coalition of knuckles,  then we (to brazenly mix metaphors) are chucking items from the lunchbox carefully and lovingly prepared by our Parent, the Father.  We may say "'Tis but a speckled banana," or (switching back) "merely an ear lobe" but in the act of chucking we are not simply saying, "I don't need bannanas or ear lobes or church planters or Christians who care about the homeless or ESL teachers or "black" churches or "white" churches or Pentecostals or Calvinists or __________ -- No, we are saying something far different. Something much more serious.  We are saying, "Without Thee, I will be just fine!" For when we reject what He, in infinite wisdom and love, has prepared, we reject Him.  But really, we are dead without Him. As a friend of mine is fond of saying, "Without Him, we cannot move an inch!"

So it is upon this foundational truth that all great Christian "nominating committees" through the ions of salvation history have been built.  Or, at least, should be.  Why? Because it is the noble task of the "nominating committee" to say to the Church (or to their little corner of it anyway),

"Everyone, this is Sam. He's a deacon down at XYZ Church. God has given him such and such gifts and experiences.  You need him and Sam needs you, and we'll all be richer, fuller, healthier and happier with him in the lunchbox."