That Which We Call a Vomit Blossom: The Southern Baptist Name Change 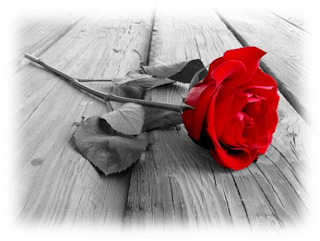 Shakespeare has, on the lips of his Juliet, famously declared, “That which we call a rose, by any other name would smell as sweet.”  This, of course, is true enough.  However, if we called them “vomit blossoms” or “poisonous red buds of death” I doubt too many of us would venture to get a whiff.  The ancient pundits of India were going for something similar when they said, “God is one but theologians call him by different names” (Rg-Veda 1/164/46).  Again, there is an element of truth here as Christians certainly employ a variety of names in their worship of the Triune God.  He is Creator, Lord, Almighty, El Shaddai, YHWH, and more.  However He isn’t Krishna or Buddha or Oprah or you.  The tenor of Scripture suggests actually that Bill Shakespeare and company are fundamentally wrong if they are trying to claim that names and naming are irrelevant and insignificant.  Rather we read of God naming things from the beginning of creation (Gen. 1:5) and of the first man quickly following suit (Gen. 2:20), we see the Lord changing the names of key figures in salvation history to mark life-altering moments or to signal divine promises (e.g. Gen. 17:5, Jn. 1:42), we hear of God’s command that we should revere His name and not take it in vain (Ex. 20:7), and we cherish the promise that our own names have been written down in the Lamb’s book of life (Rev. 20:15).  Clearly, from a Biblical and Christian perspective, the substance of a thing and what you call it are linked – names indeed matter.
And so we come to the matter at hand.  Should the Southern Baptist Convention, the largest Protestant denomination in North America and my own denominational family, change its name?  With apologies to my many non-SBC readers who perhaps don’t really care, allow me to dig in.
If you are just joining us, let me try to get you up to speed.  Last year, SBC President Bryant White announced that he was forming a volunteer taskforce for the purpose of studying changing the name of our denomination.  Essentially, White called upon the taskforce to figure out whether or not changing the name would be a good idea, make suggestions as to a replacement, and determine the financial and legal ramifications of such an action.  A taskforce of 18 leaders representing various aspects of the denomination was assembled and set to work, completing their project and bringing a recommendation to White this past December.  That recommendation remains enshrouded in mystery for now, awaiting its “reveal” at the upcoming (Feb. 20, 2012) meeting of the SBC’s Executive Committee. 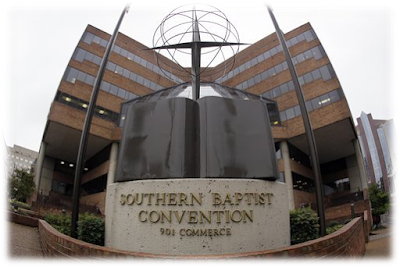 Meanwhile, Southern Baptists big and small are weighing in on the issue.  As you can imagine, a fair number of voices (often from the South) have expressed concern and, at times, outright opposition over the idea of changing what has been our denomination’s name since its founding in 1845.  The Tennessee Baptist Convention has even gone so far as to adopt a preemptive resolution opposing the idea.[1]  The concerns being raised essentially fall into three main categories.
The first two have to do primarily with logistical issues.  There have been many voices criticizing the process that White has taken in raising the issue, a process they describe as “top-down.”[2] Fearing controversy, these critics proclaim that the proper place for this issue to be brought forward and debated is on the Convention floor.  However, as White has done nothing outside the parameters of his authority as the duly elected president of the SBC and since ultimately any action on a name change will indeed be decided at the Convention, this line of criticism appears rather moot.  Somewhat related are those who raise financial and legal concerns over the issue.  These fear that a name change would be terribly expensive and could force a dramatic restructuring of the denomination.[3] Of course, as I’ve already mentioned, studying such ramifications was a key part of what White had asked the taskforce to do in the first place.  Certainly whatever proposals are brought forward will consist of more than just a catchy name scrawled on a scrap of paper.  We can (and should) expect a thoughtful and detailed plan of action which Southern Baptists will then be free to either approve or reject.
The most passionately held concerns, however, seem to center on the idea that the term “Southern Baptist” has come to mean something of significance.  We are told that the label stands for Biblical integrity, conservative theology, an unwavering commitment to missions and evangelism, and strong family values.  One SBC pastor has declared that “to take ‘Southern’ out of our name would be to water down our theology.”[4] But this idea is simply incorrect. “Southern” means “Southern” and has no inherent theological significance.  In reality, it stands for the region of the United States in which our denomination was born and points unmistakably to the unfortunate historic circumstances that conceived it.
And this is what brings us to the reasons why the SBC should indeed change its long held name.  For one, holding on to a name that is inextricably tied to a region (i.e. the U.S. South) suggests a smallness of vision unworthy of the calling that we have received and effectively perpetuates missiologically shallow thinking which will pose severe limitations to our ability to faithfully participate in the fulfillment of God’s “Great Commission”.  We are not called to the South, we are call to the world.  We are not from the South, nor does mission today flow exclusively from South to North or from the West to the rest of the world.  We now find ourselves firmly enmeshed in a new era of mission from everywhere to everywhere and our denominational brothers and sisters are from every state and practically every nation.  We must come to recognize that the planting of Baptist churches in New York and Chicago, Duluth and Boise, Khartoum and Kathmandu that are “Southern” is not only difficult to achieve, it is antithetical to our cause.   We are called to incarnate Christ, to make disciples, to raise up indigenous leaders, and to bring the Kingdom of God to bear on families, communities, cities, and societies. The extent to which we instead try to import the “Southern” identity and heritage along with its assorted cultural and historic baggage to various non-Southern mission fields, is the extent to which we fail in our global missions mandate. 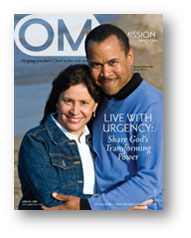 Rev. Michael Allen, Senior Pastor of Uptown Baptist Church in Chicago and member of the taskforce assigned to study the possible name change agrees, “We have long outgrown the regional geography signified by our name.  By God’s grace, a lot of hard work, and faithful giving to the Cooperative Program, we have grown into an international ministry.  We are one of the largest and best mission organizations – planting churches and making disciples all over the world; yet we find that many people outside the Southern states do not readily identify with the SBC and they tell us it is because of the ‘S’.”[5]
Indeed a recent Lifeway study seems to support this.[6] Most Americans believe that Southern Baptist Churches are not for them; only 10% would consider visiting a church if they knew that it was Southern Baptist; and the majority of unchurched people in the country have an unfavorable view of Southern Baptists. Beyond the American landscape, we must also bear in mind the connotations and implications of the term “Southern” in international mission frontiers such as Sudan, India, the Korean peninsula and elsewhere where loads of unintentional meanings might be brought to mind by the term.  And for my readers from the US South who still can’t grasp exactly why the term “Southern” might be an obstacle and hindrance for those outside the South, consider what one Alabama pastor confessed:
“Being a Southern Baptist isn’t a problem in Fairhope, Alabama.  It is a proud thing.  But if we were to say the ‘Yankee Baptist Church’ here, that would be a real turnoff.”[7]
But Michael Allen goes on to point out that for some, the “S” in the SBC stands for our denomination’s “sordid past”.  The Convention, says Allen, “was founded in part due to the split between Baptists in the North who wanted to free the slaves and Baptists in the South who wanted to keep the slaves.” For Allen, the term “Southern” is a powerful symbol of past sins which should be removed.  “Isn’t it interesting,” he adds, “that whenever God did a great work in the lives of his saints he often changed their names?” Fellow taskforce member and Southern Baptist Theological Seminary President Dr. Albert Mohler agrees, “There is much to celebrate in the heritage of our beloved denomination, but there is also a deep stain that is associated with slavery, the nation’s sectional division prior to and during the Civil War, and the legacy of racism.  If these issues can be resolved, even to any significant degree, by a name change, a Gospel-minded people would never hesitate to consider such a proposal.”[8] Honestly, when the issue of slavery is brought into the equation, the name change question appears to be a bit of a no-brainer.  If the Southern Baptist Convention is serious about racial reconciliation today, the voices of our African-American brothers and sisters must be heeded on this issue.
When SBC President Bryant White assembled his name-change taskforce last year, the driving question for him was, “Do we have any unnecessary barriers in reaching people for Jesus Christ?”[9] That the retention of the term “Southern” in our denomination’s name is such a barrier is a fact beyond dispute.  As we have seen, it is descriptively inaccurate, missiologically limiting, and irreparably stained by a sinful past that we must not forget, but must nevertheless move beyond.  Writes Mohler, “No Gospel-driven movement of churches would want to retain any preventable barrier to faithful and effective evangelistic and church planting efforts.”  And with this, we cannot help but agree.  Even in the face of great costs or unforeseen consequences, prayerfully moving forward with a name change is the right thing to do for the cost of retaining such unnessesary barriers to our faithful participation in God’s global mission of redemption would surely be far greater. Names indeed matter, and the Southern Baptist Convention’s must change.
[1] Wilkey, Lonnie (Nov. 16, 2011). “SBC Name Change Opposed by Tenn. Baptists”, Baptist Press. http://www.bpnews.net/bpnews.asp?id=36581
[2] Smietana, Bob (Sept. 23, 2011). “Southern Baptists Consider a Name Change to Broaden Appeal”, USA Today. http://www.usatoday.com/news/religion/story/2011-09-21/southern-baptist-name-change/50491954/1
[3] Lemke, Steve (Sept. 23, 2011).  “The SBC Name Change: Why and Why Not”, SBC Today. http://sbctoday.com/2011/09/23/the-sbc-name-change-why-and-why-not/
[4] Associated Press (Dec. 8, 2011). “Southern Baptists Study Possible Name Change”, Fox News. http://www.foxnews.com/us/2011/12/08/southern-baptists-study-possible-name-change/
[5] Lorance, Cody (Feb. 3, 2012). Personal Interview with Michael Allen.
[6] Lifeway Research (2011). “Perceptions of Faith Groups: Survey of Over 2000 American Adults”. http://msnbcmedia.msn.com/i/MSNBC/Sections/NEWS/A_FOR%20EDIT/111207_FullSBCStudy.pdf
[7] Hoffman, Roy (Feb. 16, 2012). “Southern Baptists mull whether ‘Southern’ still fits” The Washington Post. http://www.washingtonpost.com/national/on-faith/southern-baptists-mull-whether-southern-still-fits/2012/02/16/gIQAqltKIR_story.html
[8] Mohler, Albert (Sept. 20, 2011). “Will the Southern Baptist Convention Change its Name?” Conventional Thinking. http://www.conventionalthinking.org/2011/09/20/will-the-southern-baptist-convention-change-its-name/
[9] Associated Press (Dec. 8, 2011). “Southern Baptists Study Possible Name Change”, Fox News. http://www.foxnews.com/us/2011/12/08/southern-baptists-study-possible-name-change/
Posted by Unknown at 9:53 AM