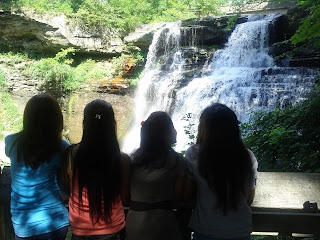 Those of you engaged in work and life among the Bhutanese-Nepali refugee community will be interested to know that as of January 30th, the total number of people to leave the camps in Nepali bound for the United States has now passed 50,000. A few missiologically significant points to consider:
1. Together with some 9,000 Bhutanese refugees gone to other nations, we can now say that more refugees have been resettled to third nations than still remain in the camps. 55,000 remain in the camps today in Eastern Nepal where conditions are reportedly worsening due to the gradual departure of community leaders and the most educated young people. Another article predicts that some 10K are likely to remain in the camps permanently.
2. Originally the United States had committed to resettling 60,000 of the Bhutanese. However, the US Embassy has seemingly changed its position, "The US is committed to accepting as many of the Bhutanese refugees whom UNHCR refers to us for consideration in Nepal and who meet the requirements of US law for refugee admission". This statement potentially opens the door for the US to surpass the 60K mark.
3. For the most part, future Bhutanese refugees will resettle where they already have family. Thus, established communities can expect to continue to see new Bhutanese-Nepali families arrive. Secondary resettlement points (especially Pennsylvania and Ohio) are likely to experience the most growth.
4. Contextual and holistic church planting strategies need to be in place soon (read "already"). The situation of the Bhutanese-Nepalis is rapidly changing and the time for airport pickups, new apartment orientations, and other new refugee-oriented ministries will be gradually ending. I would challenge cross-cultural workers and Bhutanese Christian leaders to come to a collaborative agreement that a one-size-fits-all approach to church planting in this community is woefully insufficient. Typical Nepali Churches which are largely Western in flavor must encourage the planting of radically more contextualized church planting (Yeshu Satsangs) in a (minimally) two-church planting approach. This will allow for the broadest possible proclamation of the message of Jesus Christ, which I believe all Bhutanese-Nepalis deserve the opportunity to hear and consider apart from barriers of understanding and cultural acceptance.


Here are the news articles below from which I got this latest info:
MYREPUBLICA.com - News in Nepal: Fast, Full & Factual: "KATHMANDU, Jan 30: The number of Bhutanese refugees leaving for the United States as part of the ongoing third country resettlement reached 50,000 on Monday. Together with 9,000 others already relocated to various Core Group countries, the number of Bhutanese refugees resettled has reached 59,000."