Last week, I stressed the Biblical emphasis of obedience over against pragmatism in our mission methods.  That is, we should prefer to conform to God’s will rather than pursue numerical “success” in missions.  Today, I’d like to very briefly outline several reasons why such a preference should compel us to pursue contextualization in mission.  Now, while my particular area of interest is in contextualization among Hindus, these principles are universal in application.  The question is, “Why should we pursue contextualization in mission?”  Let me provide four Biblical reasons, though only the first two today. 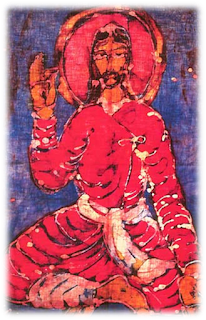 As followers of Jesus, we want to be like him (Rom. 8:29, 1 John 3:2), and the simple fact is that Christ practiced contextualization in his own earthly ministry.  The prologue of John tells us that Jesus, the Word, became flesh and dwelt among us.  The incarnation of Christ consisted of God taking on human flesh, human limitations, human culture, human ethnicity, human context.  And the Lord didn’t go to every culture and every nation at every time in history.  He went to one place, one culture, at one time.  In particular, he went to the Jewish people of Galilee about 2,000 years ago.  Furthermore, he didn’t go as a foreigner.  Rather, he spoke the language, ate the food, wore the clothes, practiced the traditions and customs, knew the songs and dances, celebrated the festivals and in every way lived as a full member of that context.  To be sure, there were elements of the culture and society that Jesus challenged, but always emically – as an insider.


Mark records a revealing incident (chapter 6) in which Jesus spoke in the Nazareth synagogue.  The critical crowd that listened to him responded to Christ’s convicting speech not as though rejecting an outsider, but, on the contrary, as neighbors shocked at the seemingly audacious remarks of one of their own.  “Is not this the carpenter,” they marveled, “the son of Mary and brother of James and Joses and Judas and Simon? And are not his sisters here with us?” (Mark 6:1-3).  Clearly, the Scripture teaches us that Jesus went “all the way” in contextualizing his self, his method, and his message to his mission field.  Those of us who desire to imitate Christ in our mission praxis must take very seriously the importance of imitating His incarnation.  From this perspective then, the pursuit of contextualization becomes spiritual discipline for the missionary.

With Paul, so many of us can say that the love of Christ constrains us to engage in this ministry of reconciliation that we call world evangelism and missions.  Our hearts are broken for a lost and dying world whose only hope is the risen Christ.  Since this is the case, we must carefully listen to the Holy Spirit speaking through the Scripture on the topic of contextualization.  For it seems clear that the Bible believes that pursuing contextualization is necessary for reaching the lost.  Where do we see this?


Brian K. Petersen has detailed a number of helpful examples in his article on the subject including God’s covenant with Abraham, the use of circumcision, names of God, and references to Daniel’s cross-cultural ministry (Petersen, 2010).  Any of these, along with a number of New Testament examples could be explored in great detail for their many significant implications for this topic.  However, I want to just focus on Paul’s own explanation for why he engaged in the pursuit of contextualization in mission.  In his first letter to the Corinthians, Paul writes:


Why did Paul engage in contextualization?  Very clearly, it was his inspired opinion that doing so would result in winning more people to Christ.  Now, let me say here that it isn’t my intention to contradict last week’s warning against preferring numbers to obedience.  Note here that Paul’s ultimate motivation is to share in the blessings of the Gospel, not simply to achieve numerical success.  Having said that, there is little doubt that Paul believed that contextualization would result in a greater sharing of those blessings as more people would be won to Christ.  In actual fact, there may be something deeper going on here than the accumulation of more converts.  What is clear is that the opinion of the Bible, and thus of the Holy Spirit, is that more people will be won to Christ as His ambassadors imitate His incarnation – the self-emptying, culture-adopting, flesh-crucifying incarnation—as they engage in mission.


I’ll save the next two reasons for contextualization for next week.

Petersen, B. K. (2010). A Brief Investigation of Old Testament Precursors to the Pauline Missiological Model of Cultural Adaptation. Rethinking Hindu Ministry II: Papers from the Rethinking Forum , 14-27.
Posted by Unknown at 9:50 PM