Kermit Gosnell's Bhutanese Victim: Had you heard about this? 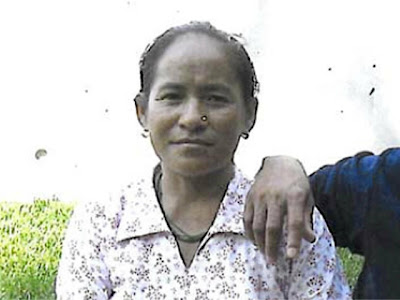 Lots of people have been talking about the wicked actions of Kermit Gosnell, the abortion doctor who is accused of killing several babies born alive. Fewer seem to know that one of his victims was a 41-year-old Bhutanese-Nepali refugee. Since a number of my readers care deeply for the Bhutanese, I wanted to just give you a quick heads up.

The below link will take you to an article by Fox News which tell she the story of Karna Mongar who died while under Gosnell's care in 2009.

And here is another from Philly.com:

This episode has, of course, raised the issue of legalized abortion all over again. For years, one of the more compelling arguments in favor of legalized abortion has been the specter of illegal, unsafe abortions performed in secret clinics and back alleys. The Gosnell case certainly throws a wrench in the pro-abortion lobby which has perhaps spent so much energy fighting to make abortion legal that they have failed to ensure that it is safe and rare.

Mongar's death, however raises another critical issue. Do our current social welfare systems encourage certain slimy individuals to exploit the poor and immigrant? I am going to go out on a limb and assume that most of Gosnell's victims were, like Mongar, poor. And, while I don't know for sure, I feel safe in stepping out a bit further to assume that they were also mostly ethnic minorities. I have had the opportunity to be with many immigrants during trips to medical clinics, doctors' offices, etc. I have also personally had my family participate in public health care systems. These experiences and that Gosnell case certainly raise the question in my mind, "Where is the accountability?"

It just seems to be one of the most politically expedient things in the world to make sweeping offers of public health care as a benefit to the poor and then, because too few people actually care about the poor and about ethnic minorities, to do very little to ensure that the healthcare provided is ... well ... healthy.