Entirely Unbalanced: A Review of "Half Devil, Half Child" (Pt. 2 of 3)

Today we continue (check out part 1 here) with part 2 of our 3-part review and response to the Outsider Movement film Half Devil, Half Child.  Today, our guest blogger, John Raines, shares some critical insights about discipleship and colonialism before taking on the film's take on the false reporting of mass conversions in Bangladesh. 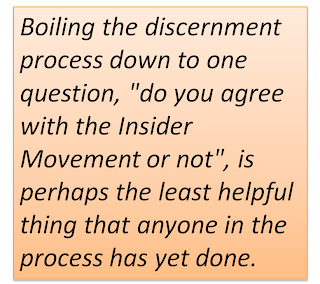 The problem with labels like the "Insider Movement" and "insiders" is that they are a way of bypassing helpful, but difficult, theological discussions of the particulars. Rather than carefully attending to the discipleship of each new believer, you simply have to ask, "should a person proclaim Jesus inside a mosque or not?" If you say "yes", then you can support anyone who tries to. If you say "no", then you can fight all the people who said "yes". But neither answer is good missiology or real contextualization. We might dig a little deeper by asking, "what would someone have to do in order to be able to proclaim Jesus in a mosque?" The answers to that question would vary greatly because there are so many different types of mosques. In some mosques, in order to be listened to, you might need to interpret the Qur'an like a radical Salafi. In other mosques, simply claiming to believe in the God of Abraham would be enough. And, of course, there is a wide spectrum between these two, and that spectrum is full of issues that we need to think about and discern as the body of Christ. Boiling that discernment process down to one question, "do you agree with the Insider Movement or not", is perhaps the least helpful thing that anyone in the process has yet done.

But here is the biggest problem: even if these "Insider Movement" advocates have answered every missiological challenge wrongly, they did so while responding to real problems that exist in communicating the gospel to Muslim people. These are issues that need to be addressed – wisely, and drawing from a wealth of theological reflection and church history, certainly, but they must be addressed – because they are real problems. It is a problem that when we say "Son of God" a Muslim hears, "the offspring of God's sex with a woman". It is a problem that the division between a believing son and an unbelieving father might be historical baggage (like the Crusades), so that the true sword of the Gospel is not even brought to bear. It is a problem that one of the most important doctrines of the Christian faith, the Trinity, is almost universally misunderstood by Muslims to be polytheism. These are all problems that we, the Church, need to address in the way we share the gospel. Things like the film Half Devil, Half Child dismiss all of them by attributing false motives to the missionaries who are trying to respond to such problems. While it is true that some people who follow these contextualization practices do it to gain money or avoid persecution, the attempt to contextualize the Gospel for Muslims is not driven by these motives, but rather by a desire to solve problems like the ones mentioned above. The debate over contextualization can only advance helpfully as it centers itself around answering these questions in a theologically sound way.

The film Half Devil, Half Child is framed to be a statement about the colonialism that is inherent in practicing contextualized missions. It hopes to show that contextualizing the Gospel is a Western idea, which the indigenous believers of Bangladesh reject and which the Muslims of Bangladesh can see through, and therefore that contextualization is colonial. Now of course, any missionary practice that subjugates those with whom it is sharing the gospel is itself offensive to the gospel and should be stopped, so this is a serious charge. But I wonder how we are defining colonialism in this case. There is a certain definition of colonialism which simply says that colonialism is the attempt of empowered people of one culture to influence the disempowered people of another culture. Power in this case may be defined as access to resources which enable one to realize one's full potential, goals, and happiness. Westerners often have more access to resources than others, are therefore more empowered, and are by definition colonial in all attempts to teach or share the Gospel in Bangladesh. Or as the film put it, "You know what we [Western Christians] should do? Sit down and shut up." 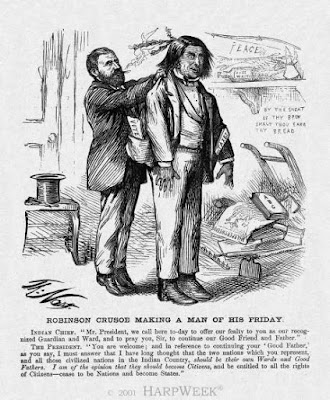 But, the definition used above is not the definition of "colonialism" as the global Church has sought to address that problem over the past 50 years (or the last 2,000 years by different names), and it does not really seem to be the definition at work on the ground in Bangladesh, either. By the way the Church has addressed colonialism, it seems to be defining colonialism more like this: colonialism is the establishment and support of hierarchical structures in which the people of one culture hold power over the people of another culture, and in this case, power is defined as the freedom to choose how to use indigenous resources (personnel, finances, time, energy, etc.). The Church has moved away from this kind of colonialism by raising up indigenous leaders who exercise all the authority within the power structures that steer the indigenous church. But these leaders, by virtue of having often been "raised up" by Westerners, themselves speak in the tones of the traditions of their spiritual fathers and mothers, even though they speak with their own voices. There will always exist that tension, which is why every Christian who disciples a brother or sister must strive to be the image of Christ. Within this scheme, anyone may bring the gospel to anyone else, and it is not colonial provided it comes not in the power of man but in the power of the Spirit and provided that the same Spirit is acknowledged in the lives of indigenous believers as raising them up and gifting them for leadership among their own people in Christ's Church. This, in fact, was the way that the established indigenous church in Bangladesh came to be guided by the Bangladeshi brothers who were shown in the film.

How colonial is this wave of contextualized missiology dubbed the "Insider Movement"? Insofar as it is a general collection of ideas and practices initiated by Western missionaries (and that is complicated) with the intent to create change among Bangladeshi Muslims, it is colonial according to the first definition. However, if these contextualized missionary practices are raising up Bangladeshi leaders who exercise authority among their constituents, then it is not more colonial than the established indigenous church in Bangladesh, although it will continue to exhibit similar tensions, which are inherent in that form of post-colonialism. Even based on the evidence of the film, the leaders and practitioners of contextualized ministry in Bangladesh are now Bangladeshis. If that is true, then the key concern is not so much colonialism, but whether the tradition that these indigenous leaders echo is a faithful one. And so, again, we must return to the specific issues of the contextualization debate in order to helpfully move forward.

A Story and Its Use

Before I proceed to mention those particulars, I feel the need to comment on one of the film's sub-plots: the false reporting that hundreds of thousands of converts had come to Christ in Bangladesh through "insider" ministries. The story receives a prominent place in the film, but is a bit confusing and possibly misleading. Some national missionaries had falsely reported 750,000 new baptisms to their Western supporter, the Southern Baptist International Mission Board, and they had reported that these believers were all "insiders". They used pictures of people taking their public baths, claiming that they were photos of baptisms. Reporting massive numbers of baptisms insured that the organization would continue to support their work. (It's a good example of what happens when your organization is too numbers-focused, but everyone in the world has already beaten the IMB with that stick, so I won't say more.) Eventually one of the nationals' conscience was burdened by the lie, and he confessed, bringing the whole house of cards down.

It's a very good story. Here's how that story can legitimately be applied to the "insider" debate:

Because the baptism numbers were so high, we assumed that these methods were amazingly effective, and that made us want to use them. Now, however, we see that the methods are not the silver bullet we thought they were. This was a good lesson to learn, and besides, we should never judge the validity of a practice based solely on its perceived effectiveness anyway! Lesson learned.

I'm not sure that was the angle from which this story was told, though. Here's how I fear that the story was illegitimately applied to the "insider" debate by implication in this film:

Advocates of the Insider Movement are all liars and swindlers who report false numbers in order to receive money from the West.

This isn't a logical conclusion to draw from this story because the false missionary was not practicing any sort of missiology – he was just lying about a lot of things. He wasn't an "insider"; he was lying about being an "insider". If this sort of practice were typical of the "Insider Movement", then there would be no bad insider movements to worry about (or good ones, obviously) because no one claiming to be using "insider" practices would actually be doing so. They wouldn't be sharing the gospel at all. They'd just be con-men pretending to use contextualized missiology, but not really doing so. So there would be no mosques full of "insiders" for us to worry about. There would just be a handful of people claiming that there were. To imply that this was typical of "insiders" would therefore be self-contradictory. And yet, by the way the film is put together, I'm not sure that wasn't being implied.

[Want more? Check out "Dullness become God" - Sinclair Lewis, Contextualization, Diaspora, & American Churchianity, Go into all the world and Westernize it!, and Why Contextualize? (Part 5) The Locus of Spiritual Transformation]