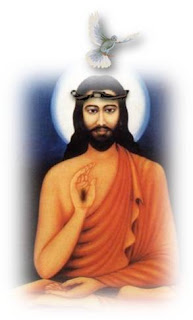 I've been stuck on contextualization all week. Which many of you may be happy about. If not, well, seriously, I'm not the only blog in town.

Today, I want to point you to the full statement on contextualization from the Cape Town Commitment. I mentioned yesterday some of its positive elements in light of its definition of "insider movements". Today, I will point to what I believe is an even stronger reason why the statement is so important. You can see my comments in highlighted italics below:


So called ‘insider movements’ are to be found within several religions. These are groups of people who are now following Jesus as their God and Saviour. They meet together in small groups for fellowship, teaching, worship and prayer centred around Jesus and the Bible while continuing to live socially and culturally within their birth communities, including some elements of its religious observance. This is a complex phenomenon and there is much disagreement over how to respond to it. Some commend such movements. Others warn of the danger of syncretism. Syncretism, however, is a danger found among Christians everywhere as we express our faith within our own cultures. [Here it is. This is such an important thing to point out. There is no inherent connection between contextualization and syncretism. Syncretism is born not out of contextualization but out of poor discipleship or a deficient commitment to God's Word. It thrives most in settings where individuals are not reflective about their faith -- which is rarely the case where contextualization is intentionally pursued by followers of Jesus seeking to incarnate Him in a particular cultural context. As for those who have willfully abandoned a pure and sincere devotion to Christ, whatever they do beyond that should not properly be deemed as contextualization. Contextualization is about the imitation of Christ's incarnation and crucifixion. It is about mission and manifesting the Christ-life to particular peoples in the clearest and most compelling way possible. Any discussion of "how far do you go" is out-of-place and betrays a failure to grasp this essential point. Ask rather, "How far did Jesus go? How human did He become? How Jewish? How Galilean?"] We should avoid the tendency, when we see God at work in unexpected or unfamiliar ways, either (i) hastily to classify it and promote it as a new mission strategy, or (ii) hastily to condemn it without sensitive contextual listening.
A)    In the spirit of Barnabas who, on arrival in Antioch, ‘saw the evidence of the grace of God’ and ‘was glad and encouraged them all to remain true to the Lord,’[72] we would appeal to all those who are concerned with this issue to:
Posted by Unknown at 5:54 PM