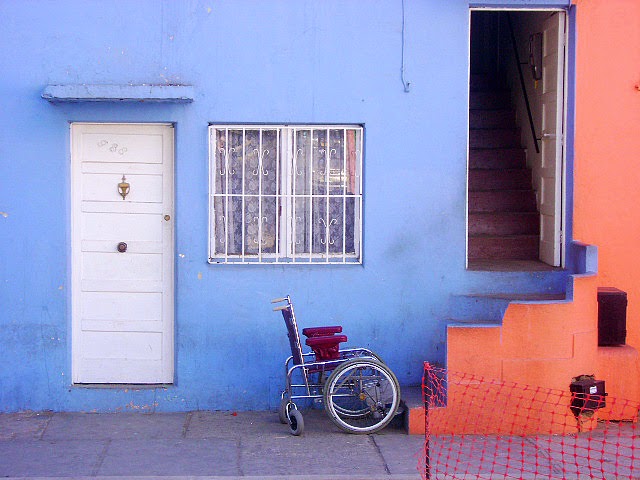 As a church planting strategist -- a term that makes me more than a little uneasy, but which I am beginning to carefully embrace -- my heart's desire is to prayerfully identify the peoples in a region or city which are least-reached by the gospel of the Lord Jesus.  Normally I understand the concept of "peoples" ethno-linguistically and see my calling as being about planting Kingdom-bearing churches among all people groups, but today, I want to throw a wrench into the mix.

The following isn't an idea which competes with my distinctly ethno-linguistic calling nor is it something that should been seen as a threat to those of you with a more specifically geographic calling.  Rather, I want to call your attention to a parable from the Lord of the Harvest himself which can help us to take our respective mission fields in hand and tilt them ever so slightly -- allowing us to look again and to see from a different vantage point.


He said also to the man who had invited him, "When you give a dinner or a banquet, do not invite your friends or your brothers or your relatives or rich neighbors, lest they also invite you in return and you be repaid. But when you give a feast, invite the poor, the crippled, the lame, the blind, and you will be blessed, because they cannot repay you. For you will be repaid at the resurrection of the just." When one of those who reclined at table with him heard these things, he said to him, "Blessed is everyone who will eat bread in the kingdom of God!" But he said to him, "A man once gave a great banquet and invited many. And at the time for the banquet he sent his servant to say to those who had been invited, 'Come, for everything is now ready.' But they all alike began to make excuses. The first said to him, 'I have bought a field, and I must go out and see it. Please have me excused.' And another said, 'I have bought five yoke of oxen, and I go to examine them. Please have me excused.' And another said, 'I have married a wife, and therefore I cannot come.' So the servant came and reported these things to his master. Then the master of the house became angry and said to his servant, 'Go out quickly to the streets and lanes of the city, and bring in the poor and crippled and blind and lame.' And the servant said, 'Sir, what you commanded has been done, and still there is room.' And the master said to the servant, 'Go out to the highways and hedges and compel people to come in, that my house may be filled.
(Luk 14:12-23 ESV)

Here is an important question for you church planters and mission strategists out there.  What if we literally did this?  What if we had specific church plants that were focused entirely on bringing in the disabled?  What if some of our dying and gasping churches – with more empty pews than people – shifted their focus on reaching the poor, crippled, blind, and lame?  What if new and limping church planters set aside their dreams of reaching the suburban comfortable or the urban hipsters and just went out to the highways and hedges, the overpasses and street corners?

What if?  The Lord Jesus actually answers the "what if" for us.  Saying that at least two things would result:


How do we try this in our various contexts?  What would it look like in your church or church plant? Is anyone out there already doing something like this?  How are you seeing God fulfill his promises?

I am testing a theory.  I'm suggesting that church planting and mission strategies can be entirely founded upon the promises of God.  It isn't that God hasn't given us education and wisdom and a variety of insights into culture, sociology, marketing, and whatever.  He has and he wants us to use whatever he has given us.  But, upon what is our strategy founded?  That's the key?  What promises does God have to keep in order for your efforts to succeed?

Photo by Panshipanshi
Posted by Unknown at 3:19 PM