Should Christ-followers Show Hospitality to People of Other Faiths? 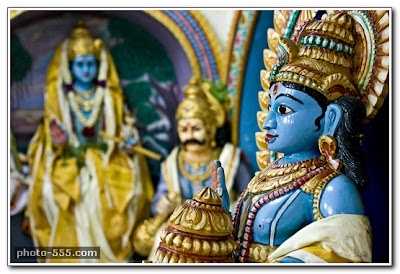 Below is an interesting article that describes how a number of migrant (mostly refugee) groups have gone about establishing places of worship for themselves in Utica, New York.  It isn't often that I get a chance to hear about this process for non-Christian groups and appreciate the chance to learn about some of their struggles.  The article begins with a focus on the Bhutanese-Nepali Hindu community but also talks about Burmese Buddhists and Bosnian Muslims.

As a follower of Christ, I desire for all Hindus, Buddhists, Muslims and (for that matter) Christians to know and find salvation in Jesus.  However, I also can't help but to inquire of myself about the my responsibility to show hospitality in my relationships with diaspora people who are my new neighbors in the USA.   Is there are line to be drawn related to the extent of my hospitality towards these people?  Not sure.  Do check out the article, and feel free to weigh in.


Hindu latest group in need of worship place in area - Utica, NY - The Observer-Dispatch, Utica, New York: "UTICA —
In a bedroom in East Utica, statues of Hindu gods peer out of a converted entertainment center. The inside is decorated with glittering wrapping paper. Around the three statues are offerings of paper flowers, and light from battery-powered candles.
This is the home of Ganga Rijal, a Hindu priest and his family.
“This is our temple,” Mukti Rijal, Ganga’s son explains. He bows in front of the temple and gestures to guests to remove their shoes before coming in.
There are 170 Hindu Bhutanese living in Utica. They arrived from a refugee camp in Nepal’s jungle between 2009 and 2010."