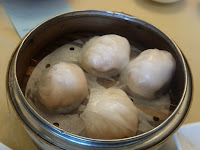 I am very tired at the end of one of the funnest tourism days I've had in a long time.  The Himalayan Global Summit will begin tomorrow, but today was a holiday in Hong Kong.  So, I spent a great day with some old friends.  They treated me like an honored guest as they fed me Dim Sum in the morning, spicy Szechuan for dinner and nice little snacks in between. 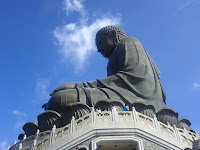 Most of the day was spent traveling out to Ngong Ping on Lantau  Island to see one of the world's largest Buddha statues.  The 250 ton monstrosity was impressive to be sure.  But I was more overwhelmed by the natural beauty of Lantau Island and its surroundings.  Mountains, forest, waterfalls, and plenty of ocean -- breathtaking.  Beyond that, the sheer image-of-God humanity of the Tai O Fishing Village was just unforgettable.  Tai O was my favorite place of the day.  Walking through the markets and narrow streets was other worldly.  I even nearly received a good caning from an old lady who apparently didn't want me taking pictures of her house (I thought it was a store). 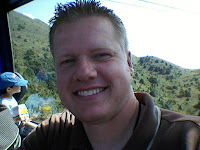 From Tai O, we got on a little boat and went out into the harbor.  It was there that we saw pink dolphins.  Yes, pink.  I must admit, I didn't think they existed.  They do and they are awesome. Clearly, all that man attempts to do in showing their skill is made to appear rather silly next a single pink dolphin conceived of and formed in an instant by our Creator.  Oh that the hundreds of devotees prostrating before "The Big Buddha" would realize that any one of them is more impressive than that statue.  Image bearers that they are. 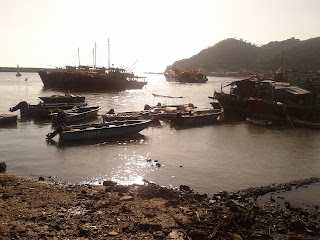 Made our way home via the "Night Market" in Kowloon.  I was blown away by the display of corruption in the form of idol shops, sex shops, fortune tellers, astrologers, and hawkers selling knock off products.  Mainly I was blown away because this market seemingly materializes out of nothing every night in the streets surrounding the Chinese temple I photographed yesterday.  To me it seemed very clear that Satan had established a spiritual stronghold in the blocks surrounding that temple.  My friends did point out a church that had started right in the middle of it all.  Praise God for them and their willingness to move towards opposition for the sake of the gospel.
Finally, I was much more successful with Nepalis today than yesterday.  Apparently, many of them live and work right around the place where I'm staying in HK.  The "Night Market" seems to draw them out of the woodwork.  Anyway, I found a store that sold topees!!!  Also, picked up a couple other cool things.
Anyway, I will leave Kowloon tomorrow and travel the New Territories -- further north in Hong Kong.  That is where the Summit will be held.   Pray that I'll have no trouble getting to the right place at the right time as no one will be available to take me there and I'll need to navigate the bus system alone.