A Special Year-End Message from the Lausanne Movement

Greetings friends, followers, readers and web crawlers! Many of us involved in the Lausanne Movement received a email message from Doug Birdsall, the Executive Chair of the movement.  Doug has provided a helpful update on where things stand right now and where we're headed, which is great. However, he's also laid out the financial needs that remain in the wake of Cape Town 2010.  I'm reposting Doug's letter below because I'm a poor, lowly little cross-cultural missionary who himself needs all of you to send financial support. 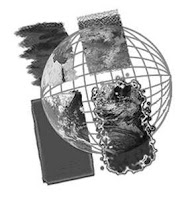 And that's true. We really don't bring it up often, but Trinity International Baptist Mission needs your support. We are doing a tremendous amount of Kingdom work on a shoestring budget -- which is as it should be. However, we could do so much more.  There is so much more to do.  Your financial gifts could go a long way in helping us to bring the hope and wholeness of Christ to the nations here in Chicagoland and beyond.

So, do take time to read Doug's request below and I strongly encourage you to give to the Lausanne Movement.  I am so convinced that the work of Lausanne is important to Christ's mission in the world that I will say this- If you can only give to one ministry this Christmas, don't give to us.  Give to Lausanne.  I really mean that.  Now, on to Doug's letter:

Dear Friends:
Thank you for your investment in advancing God’s Kingdom through your support of The Lausanne Movement and Cape Town 2010: The Third Lausanne Congress on World Evangelization. 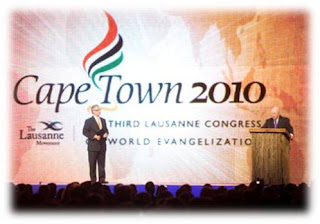 This Congress, perhaps the widest and most diverse gathering of Christians ever held in the history of the Church, drew 4,200 selected participants from 198 nations to Cape Town.  Leaders from around the world, unable to be in Cape Town, also participated through GlobaLink sites and the Lausanne Global Conversation.  Many of the participants stated that the Congress provided them with new vision, inspiration and courage for their ministries and businesses—and because of the global nature of the gathering, a little slice of heaven!  By God’s grace and His provision of an excellent technical team, we overcame fierce attacks on our websites by cyber-hackers who did not want the world to see what God was doing in Cape Town.
The first part of the Cape Town Commitment has been well received by the global church (read part one here: http://conversation.lausanne.org/en/conversations/detail/11544).  The Statement Working Group, led by Dr. Chris Wright, will complete part two in the next few weeks.  The first six months of 2011 are already full for Lindsay Brown, Lausanne International Director, and me as we respond to invitations to participate in consultations and conferences around the world which have been energized by Cape Town 2010.
We are eager to build on the global momentum that was generated by Cape Town 2010.
However, we must quickly resolve one issue before we can lay hold of the opportunities that are on the horizon.  We must raise US$2 million in the next two weeks so that Lausanne can end the year with all bills paid and all financial commitments fulfilled.
Let me offer a word of explanation.  Prior to the Congress, nearly US$15.5 million had been given.  At the time the Congress opened, we needed just US$1.024 million (in addition to pending pledges) for the budget to be fully subscribed.  During the week of the Congress, additional gifts of just over US$200,000 were received leaving us with a balance of approximately US$800,000.  We anticipated that this gap would be covered by additional gifts and by an expected significant refund of the South Africa Valued Added Tax (VAT).
Several factors have contributed to significant additional costs of over US$1 million that we are now facing: 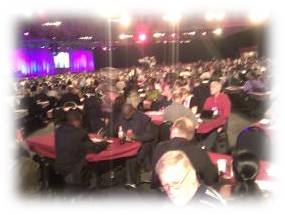 All of these factors combined have placed us in a situation with a steep financial hill to climb.  However, we have a great community of deeply committed friends around the world.  Rich Stearns, President of World Vision US, when making his emergency gift, had this to say, “[Cape Town 2010] was such an important event for the Church of Jesus Christ and the bills must not go unpaid.”
I am writing to ask you to pray with me about this critical financial need and to consider making a special year-end gift to Lausanne.  Would you please be in prayer that God would provide through His people?  I am sure we will reach the summit in a short time through a concerted global effort.
At this moment in time, I believe it is safe to say that The Lausanne Movement is the most dynamic movement in the world for the future of world evangelization and global Christianity.  We have an opportunity to further strengthen the Church so that it can be a source of hope and reconciliation in the decades to come.  Your gift can help us in this significant opportunity.
Thank you for considering this request.  I remain
Yours in Christ,
Doug Birdsall
The Lausanne Movement, Executive Chair
Posted by Unknown at 5:30 PM