Ajith Fernando: Towards a Theology of Frustration & Fatigue 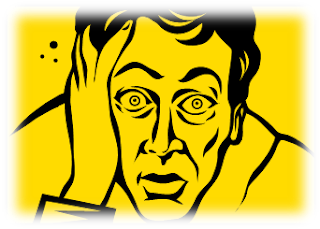 I'd like to set the stage today with this thought.  I know missionaries, pastors, and other Christian leaders and workers that have issues.  As a matter of fact, I have them to.  I mean to say that I've seen them crying, melting down, withering, despairing.  They get frustrated.  They feel weary.  They have tremendous anxiety.  They even feel depressed, angry, and sad.  I hear them say, "There is just something wrong with me -- I'm so messed up." And I think they are right.  They talk about leaving the mission field or ministry and I wonder if it might not just be a very good idea. After all, most of the voices I hear from the world around me seem to be saying that if you are suffering under a great deal of stress, frustration, disappointment, and tiredness -- well, then, you just aren't in a good situation.  Something has gone terribly wrong.  You must move away from such things.  And you certainly aren't in the will of God.  Enter the puzzling Paul . . .

"As servants of God we commend ourselves in every way: by great endurance, in afflictions, hardships, calamities, beatings, imprisonments, riots, labors, sleepless nights, hunger . . . " (2 Corinthians 6:4-5)

" . . . in toil and hardship, through many a sleepless night, in hunger and thirst, often without food, in cold and exposure. And, apart from other things, there is the daily pressure on me of my anxiety for all the churches." (2 Corinthians 11:27-28)

Now, prison and beatings and stonings are one thing. These noble forms of suffering for Christ have long-been accepted as more than legitimate -- as badges of honor for the faithful.  But what about sleepless nights?  What about anxiety and daily pressure (i.e. stress)?  What about worry and frustration (2 Corinthians 20-21, 1 Thessalonians 3:5)? What about just being tired (1 Thessalonians 2:9, 2 Thessalonians 3:8)?  Somehow these seem less noble, less legitimate.  They seem things signs that we're doing something wrong.  They seem to be antithetical to the life that is filled and led by the Holy Spirit.  And yet, there's Paul, boasting. 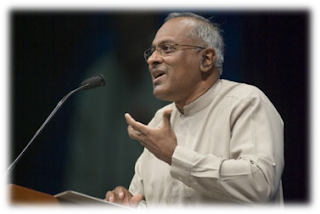 Ajith Fernando, author and Sri Lanka's National Director of Youth for Christ, has noted this seeming conundrum and has called the Church to a new vision of "vocational fulfillment" a vision which integrates frustration, fatigue, anxiety, and suffering in general.  Writes Fernando, "The cross must be an essential element in our definition of vocational fulfillment" ("To Serve is to Suffer", 2010). In a recent interview (13 Sept. 2010) with the Lausanne Blogger Network, Fernando elaborated on this concept,

"Ministry and frustration go hand and hand. And I was very much concerned that people were interpreting frustration as a sign that this is not where God wants them to be. And because of that I felt that many people were leaving the call that they had gotten and were missing God’s best for their lives . . . what I found was that people were leaving for the wrong reasons . . . . I really felt that those of us who are trying to serve God, whether it is in vocational ministry work or in the marketplace or wherever need some sort of theology of suffering . . . of frustration—to help us to stay in the difficulties that we encounter."


A "theology of frustration"? Wow, what a concept.  Now, Ajith Fernando's Global Conversation article, "To Serve is to Suffer" is four short pages of truly rich insight.  I struggle to know what to quote here. But there was one paragraph that I just had to ask him about,

"I get the strong feeling that many in the West think struggling with tiredness from overwork is evidence of disobedience to God. My contention is that it is wrong if one gets sick from overwork through drivenness and insecurity.  But we may have to endure tiredness when we, like Paul, are servants of people."


I had to ask Ajith what he would say to a Christian worker who was struggling with tiredness, stress, anxiety, frustration, and the like.  What would he say to the one who just couldn't shake the thought that there was something wrong with him or her?  Fernando responded:

"I think we have to suffer from tiredness out of a balanced life. Now I define balance in terms of obedience in everything -- not ‘everything in moderation’ but obedience in everything. Within a balanced life there would be a Sabbath, for example. If people don’t take a Sabbath, that is disobedience to God. So they must ensure that some of those basic things are in place. And also that there is a community that supports us and shores us. Because when we are in ministry some of the suffering that we have is unnecessary—that we could have avoided if we had gotten advice from our friends. I think that is very important.

Now I have a group of friends who advise me on my scheduling on what I should accept, what I should reject. I don’t accept any major invitation without the approval of my group and my colleagues. I could [otherwise] unnecessarily put myself in situations that I don’t have [time for]. So that’s one side of it.

But the other is that I think we have to remember – don’t feel bad about feeling bad. Just today I was reading Ezekiel for my devotion, and God tells Ezekiel, ‘Groan in front of the people. And wail before them.’ Now today, if a person is groaning and wailing, we would say, ‘Hey, go to a psychiatrist.’ So this idea that in the Bible we find raw life . . . [people] who get upset, who get hurt, who fight among each other, and make huge mistakes."
Fernando continues to say that we need a large view of God’s grace. That we are all “holding on to Jesus” and pressing on not because we have it all together but because of grace. This made me think of something Steve Brown says a lot, “Cheer up! You are worse that you think you are. Cheer up! God’s grace is bigger than you think it is.” Fernando concluded,

“In other words, what I’m talking about is that we shouldn’t expect life to be all so neat. Yes, we should work on ordering our lives, but when we work with people, some of those things go away. Look at Jesus’ life, how he had to go through so much change because of the needs of people. So, what I would say is to try and find the balance between the masochist’s approach that says, ‘I have to suffer. This is normal.’ And on the other hand of thinking things must work out well or else something is wrong.”


If you've been working with people for a while in ministry, you don't need me to tell you how insightful Ajith Fernando's comments are.  I commend his paper to you and also encourage you to take time to look at the posts from other members of the Lausanne Blogger Network on our interview.  I will leave you today again with Paul who encouraged us not lose heart over what we are suffering as we serve Christ.
"So we do not lose heart. Though our outer self is wasting away, our inner self is being renewed day by day." (2 Corinthians 4:16)