I'm Calling on the Bhutanese Refugee Community to Stop Killing Yourselves! 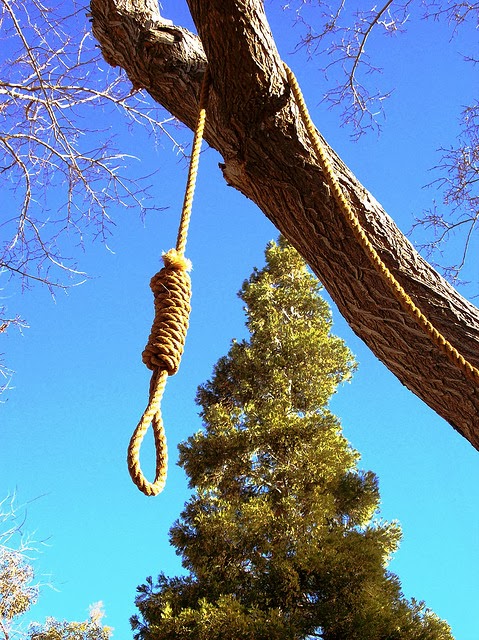 With now over 70 thousand Bhutanese refugees in the United States, the suicide rate among them remains staggeringly high.  A recent article published in the Wall Street Journal (India) called attention to this problem.

A report by the Center for Disease Control and Prevention, a federal U.S. government agency, published in Oct. 2012, stated that in the three years to Feb. 2012, the rate of suicides among Bhutanese refugees resettled in America was 20.3 per 100,000 people.
This rate was almost double that among the U.S. general population and exceeded the global suicide rate of 16.0 per 100,000, according to figures from the World Health Organization.

Now, I greatly appreciate contributing author, T.P. Mishra, continuing to raise awareness on this important issue.  However, practically every article I read on the topic seems to get lost in some confusing points.  Let me elaborate:

1. The title here (American dream becomes nightmare ...) is very misleading as it suggests that somehow coming to the United States has created a suicide crisis.  However, as the article itself points out, the suicide rate of these people in the refugee camps was as high as it is now.  Coming to America, hasn't resulted in more suicides.  It simply hasn't improved the situation.

2. These articles always end up talking about the pressures of resettlement including culture shock, employment stress, relationship problems, and other financial difficulties.  However, they usually fail to mention that these pressures are faced by practically every other refugee group entering the U.S. and the Bhutanese commit suicide as startlingly higher rates than other refugees.  That is to say, while resettlement-related issues may be cited in any given case, these alone cannot be blamed for the suicide as they are experienced by other peoples who do not commit suicide.

At the end of the day, the Bhutanese community must be willing to ask the really difficult questions about how suicide as a viable option for dealing with problems has become deeply embedded in the psyche of the people.  Every Bhutanese refugee that I know (over the age of 20) has personally seen one or more dead bodies hanging from trees in forests near their camps.  I have seen several Nepali-language films in which a main character commits suicide and in which this act is not condemned by the film but rather seen as somehow noble, good, or rational.  And there is an undercurrent of spiritual ideas which suggest that those who commit suicide can enter the realm of ancestors and even be worshiped as household deities.  This last idea is not what may be considered "mainstream" Hinduism/Buddhism/Christianity but is a subtly influential folk belief that may be responsible for giving people the idea that suicide is not an "escape" or an "end" but rather a means of rectifying problems (more on this idea in chapter 5 of my book Ethnographic Chicago).

I encourage the Bhutanese community leaders (now various kind of community organizations have formed in practically every city where Bhutanese refugees have been resettled), to adopt the following initiatives:

1. Reject an introverted and culturally isolationist posture towards Americans who want to help and other diaspora groups and instead welcome strong partnerships with others in seeking to solve this problem.  God has not created a world of isolated peoples cut off from one another but has created us for cross-pollination.  The Bhutanese will not solve this problem alone.

2. Seek to create community-based preventative counselling opportunities for those who have personally witnessed, attempted, or considered suicide (this will be almost everyone).  Get people talking about it honestly especially with experts who are trained not only in mental health but also in cultural anthropology.

3. Publicly reject and criticize any media (songs, films, etc) which portray suicide in anything other than a tragic and immoral light.  Call upon musicians and actors/actresses to condemn suicide publicly.  (Like performing artist Wilbur Sargunaraj recently did.)

4.  Hindu, Buddhist, and Christian spiritual leaders should engage together in interfaith dialog towards the development of a joint statement about suicide which can confront and condemn the folk beliefs which penetrate and influence EACH faith group.  Surely, the pundits, lamas, and pastors can all agree that suicide is a violation of God's will and desire for his children which are created in his image and endowed with great value.  Suicide is a violent act of murder which is sinful in God's eyes.  It is never the answer to the problems that we face in life.  Such as joint statement should also suggest concrete ways of dealing with stress and depression such as through spiritual disciplines of prayer, meditation and Scripture reading as well as through investing in important relationships and by seeking help from community and spiritual leaders, qualified volunteers and trained professionals.

[Photo by Mlhradio]
Posted by Unknown at 1:55 PM