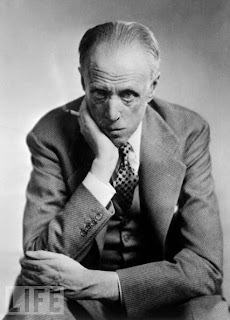 Okay, it's not really what Sinclair was writing about in his 1920 masterpiece, Main Street, ﻿but, I can't help but draw the parallels.  Of course, you'd have to read all the preceding chapters to really appreciate it, but chapter 22 of his novel is a work of genius. I have included an excerpt below that I believe could just as easily describe the dominant American Evangelical Church culture of today as it described the American prairie town of a century ago.  And read on to the excerpt describing first generation Scandinavians and you will see something so hauntingly similar to what I see occurring in the diaspora churches today. Sadly, it is also what is happening as people from various cultural backgrounds come to Christ and learn, within a generation or so, to forsake and forget all the beauty, uniqueness, and richness of their own cultures in favor of some kind of safe, monotone, legalistic, American Churchianity.  In Lewis's words, it is "dullness become God".

It is an unimaginatively standardized background, a sluggishness of speech and manners, a rigid ruling of the spirit by the desire to appear respectable. It is contentment… the contentment of the quiet dead, who are scornful of the living for their restless walking. It is negation canonized as the one positive virtue. It is the prohibition of happiness. It is slavery self-sought and self-defended. It is dullness made God.

A savorless people, gulping tasteless food, and sitting afterward, coatless and thoughtless, in rocking-chairs prickly with inane decorations, listening to mechanical music, saying mechanical things about the excellence of Ford automobiles, and viewing themselves as the greatest race in the world.

She had inquired as to the effect of this dominating dullness upon foreigners. She remembered the feeble exotic quality to be found in the first-generation Scandinavians; she recalled the Norwegian Fair at the Lutheran Church, to which Bea had taken her. There, in the bondestue, the replica of a Norse farm kitchen, pale women in scarlet jackets embroidered with gold thread and colored beads, in black skirts with a line of blue, green-striped aprons, and ridged caps very pretty to set off a fresh face, had served rommegrod og lefse—sweet cakes and sour milk pudding spiced with cinnamon. For the first time in Gopher Prairie Carol had found novelty. She had reveled in the mild foreignness of it.

But she saw these Scandinavian women zealously exchanging their spiced puddings and red jackets for fried pork chops and congealed white blouses, trading the ancient Christmas hymns of the fjords for “She’s My Jazzland Cutie,” being Americanized into uniformity, and in less than a generation losing in the grayness whatever pleasant new customs they might have added to the life of the town. Their sons finished the process. In ready-made clothes and ready-made high-school phrases they sank into propriety, and the sound American customs had absorbed without one trace of pollution another alien invasion.

And along with these foreigners, she felt herself being ironed into glossy mediocrity, and she rebelled, in fear.
Posted by Unknown at 11:44 AM