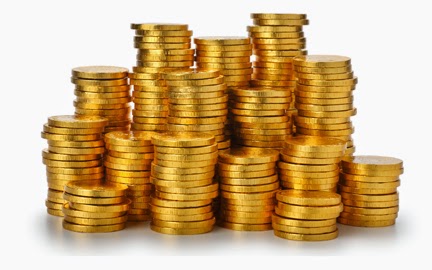 A scene is described by the well-known Bengali sage, Swami Vivekananda. He asks his listeners to imagine a thief trying to sleep in a room.  He has come to know that in the very next room there is a mass of gold, essentially unguarded.

The Swami asks, "What will be the condition of that thief?"

It doesn't take much imagination for us to guess that the thief will not be getting much sleep at all that night. His mind will be racing with schemes to somehow get at the gold. He will surely not rest until it is his.

The Swami explains his meaning:

"Do you believe that a man could believe in God and not go mad to get Him?  If a man sincerely believes that there is that immense, infinite mine of Bliss, and that It can be reached, would not that man go mad in his struggle to reach it?"

The true devotee cries out, "As the deer pants for streams of water, so my soul pants for You, O God! My soul thirsts for God, for the Living God! When shall I come and appear before God?" (Bhajan 42:1-2)

And this, is the meaning of the ancient Sanskrit term "sraddha" (श्रद्धा) which is often used as the name for memorial ceremonies performed on the anniversaries of the deaths of our loved ones.  It is to have faith in God and to "go mad to get at him", which should be our attitude daily but especially in difficult times (such as the death of a family member).

Sadly, as the sage says, it seems that not "one in twenty millions in this world believes in God".  He is not wrong.  Even the most devout soul will struggle to maintain sraddha/faith.  Even the bhaktis of Prabhu Sri Yeshuji, the Mahamukteshwar, who listened daily to his pravachan and witnessed countless displays of shakti (power), often were said to have only a "little faith".

But even the answer for this dilemma is found in God.  The Ishwarprerita wrote that our moksha (liberation) would come by grace (anugraha) through faith and that this itself was a gift of God.  We do not have the faith that we need to go mad to get God.  It is foreign to us and must be given by Another.  But praise to Sureshwar, the Good God, who will give freely to all who ask.

Today, ask God to give you true "sraddha" so that you can know the joy of salvation and knowing the Living God.
Posted by Unknown at 12:02 PM